In global battle against climate change and loss of biodiversity, Africa’s success is crucial
By Phemo Kgomotso 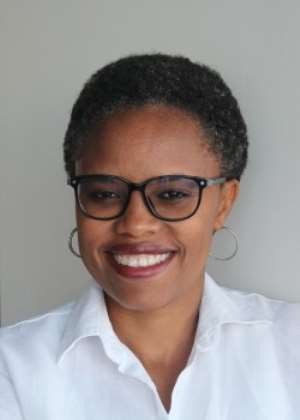 Indeed, land degradation, desertification, and drought are causes for concern. Yet we know that the continent’s peatlands, grasslands, forests, and rivers represent the promise of restoration.

Peatlands, for example, can store extensive amounts of carbon for centuries if protected. Grasslands, often viewed us unproductive wastelands, are important storehouses for carbon and a livelihood resource for pastoral communities, useful for grazing of wild and domestic species.

Forests are important carbon sinks too. If degraded and lost, they can also become huge greenhouse emitters.

Land degradation is a global issue

Land quality is in decline worldwide. Global assessments show that 40 per cent of global land is degraded, putting half of the world’s population at risk.

Degraded lands and soils lose their ability to support animal and plant life. They cannot provide water, food, or protect against the impacts of droughts, floods, fires, or even diseases like COVID-19.

People are chiefly responsible for this predicament. Humans have converted or transformed 70 per cent of the world’s land from its natural state, to “managed lands.” Animal grazing represents the single largest land-use category, followed by managed forestland and cropland.

In Europe, 25 per cent, an equivalent of 120,000km2, of peatlands are reported degraded, and 60 to 70 per cent of soils have lost their capacity to function, risking desertification for 25 per cent of southern Europe.

Soil quality in the United States has degenerated so significantly that farmers there spend an estimated half a billion US dollars on synthetic fertilizers every year to maintain world dominance as the largest producers of maize and other crops.

In central Asia, extraction of water for agricultural purposes, has reduced the Aral Sea from the fourth largest lake in the world to a relative puddle, devastating livelihoods and economies in Kazakhstan and Uzbekistan. A similar future may be facing Lake Chad in West Africa.

Forests across the planet are in decline. Most of those in dire state are in the tropics, such as the Amazon in Brazil and Latin America; in Indonesia and elsewhere in Southeast Asia; and in Congo in Central Africa.

Wildfires and logging have accelerated tree loss in the boreal and temperate forests of Russia and North America. Co-opted for agriculture, grasslands, which cover 24 per cent of the earth’s surface, are at serious risk.

Climatologists refer to land degradation occurring in drylands as desertification and point to human activity—overexploiting of soil and water resources—and climate change as culprits.

Desertification, land degradation, and drought affect sub-Saharan Africa more than any single region on earth. Asia is a close second. These regions, most of them poor rural communities, made up of small-scale farmers, women, youth, indigenous peoples, and other at-risk groups, are under immense pressure to feed themselves.

“By supporting Africa’s initiatives, such as its commitments to reversing land degradation, abating desertification, bending the curve on greenhouse gas emissions, and halting the extinction of wild species, the world also stands to benefit”

Under the Rio Conventions - on Biodiversity, Climate Change and Desertification—and other voluntary initiatives, the world agreed, through pledges and commitments, to restore one billion hectares of degraded lands and ecosystems.

UN member states have also declared 2021-2030 the Decade on Ecosystem Restoration. This is trigging a global movement and fuelling momentum for restoration and sustainable land management.

Sub-Saharan African countries are responsible for almost half of global restoration commitments and pledges. Many of them have made commitments under the Land Degradation Neutrality framework and the African Forest Landscape Restoration Initiative.

African countries are focused on protecting and restoring natural areas and on managing and rehabilitating lands that have been converted largely for agriculture and forestry. Africa also promised to restore the Sahel and Sahara through the Great Green Wall (GGW) initiative—a bold objective, given the magnitude of the challenge of greening over 100 million hectares of desert and degraded land.

There are officially 11 African countries participating in GGW. So far Ethiopia and Niger are said to have contributed the most to GGW, largely through tree planting/reforestation, soil and water conservation, and farmer-managed natural regeneration.

Ironically, Africa holds the best solutions for moving the world towards a secure climate-resilient future but faces the toughest challenges. The continent has the youngest population, the largest amount of arable land, and the greatest potential for restoration, and it already hosts a quarter of the global stock of wildlife populations.

Yet, Africa houses the poorest people who are most vulnerable to climate and environmental stress. It also lacks the political muscle to secure enough financing for needed restoration and adaptation measures.

Estimates, for example, show it will take between $36 billion and $43 billion to restore the Sahel, which is far more money than the $16 billion pledged by donors at the 2021 One Planet Summit for the Great Green Wall.

For the world to restore its degraded lands and ecosystems, Africa must succeed. It must start by building livelihoods and defeating poverty.

A recent analysis estimates that fulfilling current global restoration commitments will require $1.6 trillion over 10 years. A 2015 study of 42 African countries showed that net benefits of taking action against soil erosion on 105 million hectares of croplands, between 2016 and 2030, could yield as much as $62.4 billion per year. Globally, researchers estimate potential economic returns as high as $125 trillion to $140 trillion every year—much more than it will cost.

In the global battle against climate change and biodiversity loss, Africa’s success is crucial. By supporting Africa’s initiatives, such as its commitments to reversing land degradation, abating desertification, bending the curve on greenhouse gas emissions, and halting the extinction of wild species, the world also stands to benefit.

Ms. Kgomotso is a Senior Technical Advisor in Sustainable Land Management and Restoration on the UNDP’s Nature, Climate and Energy Team. She is based in Istanbul.

Hottest Photo Reports
Catch up with all the political quotes from our politicians.
Advertise here
More from Article
ModernGhana Links
Staff shortage remains a bottleneck in viral hepatitis services
Electoral Commission hints at using Ghana Card for registration of voters going forward, a novelty or an idea the NDC has long thought about?
Exploring The Potential For Citizen Participatory Practices In Environmental Decision-Making In Mining Communities In Ghana
TOP STORIES

'Forgive me if I was wrong to spearhead renovation of Asomdw...
19 minutes ago