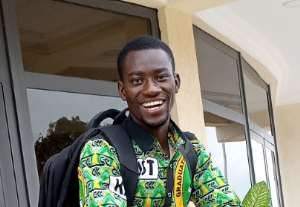 The recent so-called human rights abuse by a certain chief of Wa in the Upper West Region where two lovebirds decided to fornicate and advertised their sin together with their lack of shame and dignity, has left many jobless tongues wagging. This occurred when the chief of the community mocked the dormant, selective and biased law and justice system of the country by flogging the two shameless and Stone Age era human beings.

Whether wrong or right, I think laws are made of the people, by the people and for the people if I may be allowed to paraphrase Abraham Lincoln’s definition of democracy. The laws do not make men. And if the generality of the people of that community decided to punish a thing like that as a crime, it does not go beyond the purview of democracy! Yes, we may have a national democracy, but local makes national. The people flogged him.

Let’s face it fellow Ghanaians. If your pet, a cat or dog, defecates at the wrong place in your house say in the kitchen or on your pillows and bed, or it defecates in a cooking pot, it is only appropriate that you discipline it.

Wait a minute. The essence of disciplining any sinner is usually not out of sadistic tendency, it is to maintain the deterrent value and to uphold moral sanity of the society.

And let's set the record straight: the pet would likely be better than owner if he or she decides not to discipline it and teaches it where to defecate next time.

Similarly, a man who goes and defecates in the kitchen must be made to see the psychiatrist. If a normal human being, he must be disciplined!

However, it's disgusting that human society has become worse than the jungle, where humans “defecate” in kitchen sinks and expects no condemnation because of democracy!

Having sex in public whether videotaped or live sex is similar to a man who defecates in the kitchen. Such a person needs curer of madness.

Sex is undoubtedly a "private business". That's why private parts are involved during sexual act.

Sexual organs are described as private parts because of 1. their location in the human body and 2. the sacred duty they perform: they are responsible for the making of the human being.

Today, even businesses or entrepreneurs have privacy in respect of what they produce in order to maintain monopoly in the market. Confidentiality of production of many most valuable products is always maintained and highly recommended. And one must pay huge sums of money in order to be taught how to produce that product.

Individuals, either employees or employers, are usually sanctioned either by dismissal or at least demotion for publicizing how their products are manufactured. Why? Because such products need to be unique in the market and knowledge of the process involved in their production must be kept in secret.

How about the "process" of making the human being? The crown of creatures. As a result of unregulated sexual activities, look at the gradual descend of the human society into the abys of what Thomas Hobbs described as “brutish and short”!

This is because sex or woman is the greatest motivation of any human being. When it becomes unregulated, society bleeds.

But today the human has stood too low that some products are better than him. Less regard is given to the act of sexual intercourse (process of human production) vis-à-vis other “process” of production.

No wonder the human live is most devalued and worthless today with human parts markets all over the world.

The human society now respects how Lamborghini is manufactured or Coca cola than the human being. Processes and procedures for the manufacturing of both coca cola and Lamborghini have always been kept away from the public eyes. And one must pay a lot in order to know how they are produced.

How embarrassing would it be to one day see a video in the internet in which your parents were "banging" and "bonking" each other that resulted in your coming to the world?

This is how bullshit the world has become!

I know complete idiots would talk about human rights. The right to defecate in kitchen sinks; the right to display one's vagina to the rest of the world.

These are indeed the rights of those from among human community who want to mimic the "Cow Community" (animals that walk naked and mate in public).

By the way, one common but fundamental dictum of human rights says that "your rights end where another person's rights begin". If it's your right to display your penis or vagina, it's somebody else's right not to see it. Hence, if you want some fresh air for your vagina or penis, display it in your room or house.

It's your right to have sex wherever you want, it's somebody's right not to see your nudity, it’s another man’s right not to hear your moaning. Have your sex where you won't infringe upon others' rights of free from your nudity and moaning.

If not the fact that the human society is gradually becoming terra incognita in terms of common sense and assuming the era of the Stone Age, why would anybody really modern involve in sexual act like that of the Cow Community mates? Only the third animals have sex or mate in public. I do even wonder if animals could use cameras and video tapes, would they ever film themselves?

Personally, I have never seen cats mating publicly. And even if you observe, naturally dogs mate at night when everybody is asleep. Hardly would you find some animals mating in the open unlike the livestock and poultry that mates in every corner they feel like openly. They do that because we would soon openly use them for dinner. Who uses the human being openly for dinner. God has honored the human being above everything else.

Why would the human being dishonor and debase himself this way living the life of the livestock?

Some stupid individuals often ask what’s private about their sexual organs if they decide to publicize them?

Sex organs are private parts because of their location within the human anatomy. As if their locations are not enough, nature has endowed both the male and female sexual organs with guards that guard them: the thighs.

Revealing these private organs in public is similar to the pet that defecates at the wrong place. Or better still, a man not in a state of terra firma who chooses to defecates in the kitchen.

In any case, both the pet and the human should be punished. And anybody who sees anything wrong with disciplining a man or pet that uses the kitchen as a latrine must join the "Cow Community"; for he or she doesn't belong to the human race!

By extension, any system that allows such an animalistic behavior like this to go scot-free belongs to the animal kingdom and not for the human race.

What a world have we found ourselves in like that, animals are becoming more human than humans?

It's time we define and differentiate between being responsible as human community and enjoyment of human rights.

If you choose to defecate in your own kitchen in your house and call that human rights, your kitchen is your kitchen. And you may really be entitled to some human rights. But to come to a restaurant's kitchen to defecate and claim human rights is certainly madness that must be cured instantly. Flogging may not be bad!

Have your sex at home, videotape it and watch, whether it is legitimate or illegitimate sex. Nobody cares. It's your right. But having sex in public or broadcasting it is similar to a man who uses kerosene to prepare light soup at public restaurant. We have every right to condemn it!