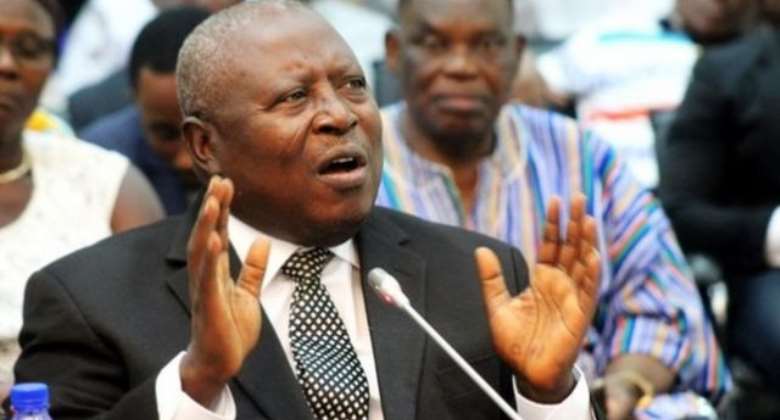 DEDICATION: This article is dedicated to the ideals of the June 4 and 31st December Revolutions, and the 1992 Constitution that sought to preserve the natural resources of Ghana for the public benefit of its Chiefs and People.

THE ACHIMOTA FOREST RESERVE AND THE ACCRA REGION GREEN PROJECT

The only rational reason for which Three Hundred and Sixty-One point Five Zero acres (361.50 acres) or One Hundred and Forty-Six point Three Zero hectares (146.30 ha) of the Achimota Forest Reserve lands were purportedly released to a phantom Owoo Family under the Forest (Cessation of Forest Reserve) Instrument, 2022 (E.I 144) and the Forest (Achimota Firewood Plantation Forest Reserve) (Amendment) Instrument, 2022 (E.I. 154) by the Akufo-Addo Government is the consummation of the state capture by a bi-partisan Ghanaian political elite of the natural resources of Ghana for private profit of the political elite and their collaborators. This is a transaction disgustingly tainted with suspected commission of corruption and corruption-related offences by the political elite in the New Patriotic Party (NPP) and National Democratic Congress (NDC) Governments from 2006 to date.

The Provisional National Defence Council (PNDC) Government, and the first and second NDC Governments under the late President Jerry John Rawlings were so concerned about preserving a green zone within the Greater Accra Region that it planned and commissioned a green zone area for the region which included the preservation of the green zone with the entire Achimota Forest Reserve area lands forming part of that Accra Green Zone Project.

The Ministry of Lands, the Lands Commission, and the Forestry Commission under the Rawlings Governments partook in the drawing up of the Greater Accra Green Zone Project that was on display at the Castle, Osu. These are matters of public record and successive governments are deemed to have known about them.

An Owoo Family suddenly emerged almost six years after the change of Government from the Rawlings NDC to the New Patriotic Party (NPP) Kufour Government to petition the second NPP Government for a lease and not the return of a portion of Achimota Forest Reserve to the family. This had all the hallmark of a pre-arranged state capture of the portions of the forest reserve for the private profits of the then political elite in Government and their collaborators in the so-called Owoo Family. By November 2008, the second Kufour Government agreed to grant the Owoo Family a Head Lease over the portion of the Achimota Forest Reserve measuring ninety (90) acres.

The initial success of the political elite state capture of portions of the Achimota Forest Reserve resulting in the agreement to release 90 acres to the family emboldened the political elite and their so-called Owoo Family collaborators to continue with their petition to the third and fourth NDC Governments which changed the acreage from 90 acres to 118.023 acres pursuant to a presidential executive approval. The sequel to this potentially corrupt decision was the execution of three separate leases in favour of the so-called Owoo Family of One Hundred and Forty-Eight point Four One One acres (148.411 acres) by the Forestry Commission without any executive approval for such increased release. This execution of the lease releasing 148.411 acres of the forest to the so-called Owoo Family was again corruptly varied in 2014 to One Hundred and Ninety-Eight point Five Zero One acres (198.501 acres) without any evidence of presidential executive approval before the NDC exited Government on 7 January 2017.

Enter the NPP Government of Nana Akufo-Addo, and another deed of variation is executed for the total release to the so-called Owoo Family of Three Hundred and Twenty-Nine point Zero One Two acres (329.012 acres) in 2020 with presidential approval during the tenure of the late NPP General Secretary and former CEO of the Forestry Commission, Kwadwo Owusu Afriyie. Come the tenure of the current fourth Government of the NPP after January 2021, and the total acreage was again corruptly increased to Three Hundred and Fifty-Five point Four Six Six acres (355.466 acres) without presidential executive approval. On 28 March 2022 this is further corruptly varied to Three Hundred and Sixty-One point Five Zero acres (361.50 acres) with no prior presidential executive approval.

The emergence of the last will and testament of the late former General Secretary of the New Patriotic Party (NPP) and former Chief Executive Officer (CEO) of the Forestry Commission, Kwadwo Owusu Afriyie, appointed by the Nana Akufo-Addo NPP Government was simply an act of God to expose to the Ghanaian public the opacity of the way the bi-partisan political elite corruptly loot the nations natural resources for their private profit. I have read the ten (10) page press statement signed by the Minister for Lands and Natural Resources and listened to his argument on radio on 28 May 2022. They reinforce my belief that the Minister did not appreciate what he was doing when he purported to seek executive presidential approval for the transactions and purported to sign Executive Instruments which could only legitimately be signed by the President himself under the law.

Government of which he was a part and in which he participated as the head of the Forestry Commission. It is obvious and commonsensical from the foregoing that the sub-leases granted by the Owoo Family to the late NPP General Secretary and former CEO of the Forestry Commission, Kwadwo Owusu Afriyie, of those portions of the Achimota Forest land released to the Owoo Family cannot be declared void by the Minister as claimed in his press statement and his contribution to a Joy FM radio discussion on 28 May 2022.

What the emergence of the last will and testament of the late NPP General Secretary and former CEO of the Forestry Commission warns the public about is the existence of several other sub-leases granted by the so-called Owoo Family to their co-conspirators of public officers, political and non-political elite over the years in expropriation of the Achimota Forest Reserve under the so-called corrupt Head Leases as corruptly varied like the medieval English Lord Chancellor’s foot at the court of equity. The corrupt consideration for the determination of the first acreage of 90 acres through to the final 361.50 from one government to another government is the suspected commission of corruption and corruption-related offences by a bi-partisan political elite of the two major political parties in Ghana, the NPP and the NDC, for private profit.

What the will and last testament of the late NPP General Secretary and former CEO of the Forestry Commission, Kwadwo Owusu Afriyie, now discloses is the fact that he and other public office holders colluded and abused their offices for private profit in the expropriation of the Sakumonoo Ramsar site in the teeth of statutory prohibitions preserving the site as a

Ramsar site. The late NPP General Secretary and former CEO of the Forestry Commission, Kwadwo Owusu Afriyie must have derived his title to the Sakumonoo Ramsar Site from a family or stool to whom the site was unlawfully released to and in consideration of which he was granted the portion of the site bequeathed in his will. Just as the Achimota Forest lands released to the Owoo Family, Sir John would not have been the only beneficiary of sub- leases of the prohibited Ramsar site. The corruption and corruption-related offences informing the release of the Ramsar site, and the Achimota Forest Reserve lands must have involved various public office holders including Ministers of State and other public office holders of past and present Governments. It is all part of the bi-partisan political elite state capture of Ghana’s natural resources since January 2001 to date.

The 1992 Constitution enjoins public office holders and ordinary citizens, including the Owoo Family, to act in accordance with the Constitution and the public interest in the discharge of their duties and fulfilling their obligations to the Republic of Ghana.

Unfortunately, the practical application of the Constitution has brought this nation to the stage where the two political parties, the NDC and the NPP who alternate in the sharing of political power and the looting of the collective national patrimony of natural resources for the private profit of the political elite have become two sides of the same coin in terms of political elite state capture and elite corruption. The fight against corruption is only meaningful to either the NDC or the NPP as far as it assists them while in opposition, for the time being, to mobilize the votes of disgruntled citizens against the incumbent government to be voted into power to continue the loot from where its predecessor left office. The continuation of this situation can only lead to undermining the 1992 Constitution and serve as an invitation for the destabilization of the Constitutional process which every patriotic Ghanaian must prevent from happening to the 1992 Constitution.

The NDC will be paying a great tribute in remembrance of, and to the memory of the founder of the NDC, former President Jerry John Rawlings, should it commit to the original Rawlings Greater Accra Region Green Zone Project and join the patriotic campaign to defend the Constitution in revoking the latest Executive Instruments 2022 (E.Is.) affecting the status of the Achimota Forest Reserve.