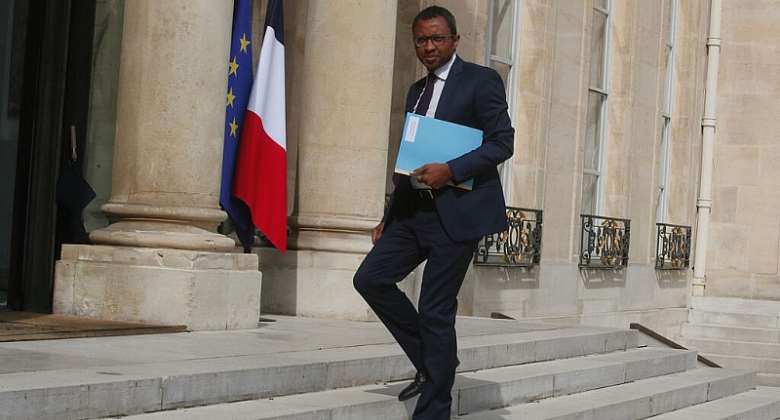 The nomination of Pap Ndiaye, a historian and expert on US minority rights, was the biggest surprise in France's new government line-up. Even before he gets down to business, the left-leaning academic has been slammed by the political right for his "woke" positions on race and police violence.

“I'm a pure product of republican meritocracy, of which school is the pillar,” Ndiaye said on Friday as he entered Elisabeth Borne's government.

Born into a modest French-Senegalese family, Ndiaye's French mother, a teacher in a middle school near Paris, raised him and his sister on her own.

He rose to become head of the Museum of Immigration in Paris, a member of the scientific council of “Histoire” magazine and an authority on colonialism and the history of race relations both in France and the United States.

“I'm also a symbol of diversity,” he said, adding this was not necessarily a source of pride but that it gave him “a sense of duty and responsibility” to young people in France.

Ndiaye, 57, gained prominence with his 2008 essay, The Black Condition, on French minorities.

As well as his extensive teaching experience in higher education, he was a consultant for a 2019 exhibition on black models at the Musée d'Orsay in Paris. The following year he co-authored a report on diversity at the Paris Opera.

Some of Ndiaye's stances have drawn criticism in France – a country with a long universalist and secular tradition.

A proponent of positive discrimination, he told Le Monde in 2017 there was “structural racism in France".

His defence of identity politics has led his detractors to label him "indigenist", although he has also argued against removing the word "race" from the French Constitution.

In 2020, he said the country still struggled to recognise it had a problem with police violence, which disproportionally targets racial minorities.

“There is denial concerning police violence in France, and it's been going on for a long time," he told France Inter radio.

An appeal to the Left

Ndiaye's ideological positions are in marked contrast to his predecessor, Jean-Michel Blanquer, who not only called out what he described as Islamo-leftism in French universities, but founded his own think tank to oppose what he called the doctrine of “wokism” imported from the US.

“We've gone from Jean-Michel Blanquer, someone very closed to questions of identity, through to someone who is very open,” philosopher Bérénice Levet told Europe 1 on Monday.

While President Emmanuel Macron has privileged continuity within the new government – keeping the same ministers in finance, justice and home affairs – Ndiaye's appointment is an attempt to satisfy left-wing voters who helped Macron win a second term.

It's not just about respecting a promise to listen to left-wing concerns, the President also needs those votes in upcoming legislative elections if he is to secure a majority in parliament.

The head of SOS Racisme, Dominique Sopo, described the appointment as “a wonderful symbol”.

But reaction among several rightwingers has been damning.

Fellow Republican Julien Aubert described the historian as a “Trojan horse for US leftism” who supports “wokism” and “racialism”.

Marine Le Pen, head of the far-right National Rally slammed the nomination as “the last stone in the deconstruction of our country, its values and future”.

Eric Zemmour, head of the rival far-right Reconquest party, predicted the new education minister would “deconstruct the history of France”.

“I would find it perhaps worrisome if he were commended by Zemmour and Le Pen,” she told Libération daily. “He is not, and will never be, and it's altogether to his honour."

Author and geopolitics expert Pascal Boniface deplored that Ndiaye, an internationally-renowned intellectual, was accused of being "indigenist" just because he worked on discrimination and is mixed-race.

"Racism and anti-intellectualism go hand in hand. These reactions are catastrophic for France's image in the world," he tweeted.

When Ndiaye was named head of the Museum of History and Immigration in June 2021, he declared he “shared most of the causes” of activists viewed in France as "woke". They included feminism, envirronmental protection and anti-racism.

But he also said he did “not approve the moralising or sectarian discourse of some of them,” adding that he felt “more 'cool' than 'woke'”.

“It's probably a matter of generation,” he said.
Those who have worked with Ndiaye say his sense of nuance and desire to reach consensus will be invaluable in bringing together the fractured world of education.

“I find [the criticism] surrealist and dishonest," said Clement Beaune, France's junior minister for Europe. "He's someone who has precisely always kept a degree of nuance, who is not at all the woke, indigenist, communatarian he's presented as."

Interviewed on CNews on Sunday, Beaune argued that Ndiaye had  rejected arguments of white privilege and state racism but had said there was "racism and discrimination in our society".

"It's obvious, and thankfully he's there to remind us of it,” Beaune said.

The teaching profession, meanwhile, is waiting to see how their new minister will handle the big issues of long-awaited salary hikes, a crisis in recruitment and reforming vocational high schools.

SNES-FSU, the main secondary school teachers' union, welcomed the appointment “as a break with Jean-Michel Blanquer," but it also warned that education “is not governed solely by symbols” and that rapid responses were needed “particularly in terms of wages”.

While Ndiaye has made no secret of his views on French society and race relations, he has yet to reveal how he will approach the reforms, and how much support he will have to carry them out.