Why Has Fighting in Ukraine Led to Food Emergencies in Africa? 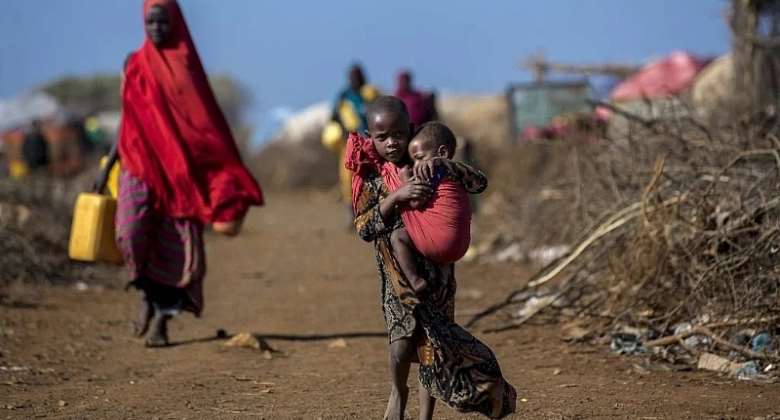 In recent months there have been an abundance of reports on how the conflict in Ukraine is exacerbating food scarcity in Africa. The argument is that Ukraine, ordinarily a large exporter of wheat, is not shipping food to the rest of the world. This includes African nations, some of which are large importers of Ukrainian wheat, resulting in shortages of food, and higher prices, contributing to Africa’s food insecurity.

According to Global Report on Food Crisis 2022, eight of the countries facing the most severe food shortages are in Africa, affecting over 81 million Africans. The breakdown is:

These nations have been given an Integrated Phase Classification 3 (IPC3), which is defined as households that have either:

Food consumption gaps that are reflected by high or above-usual acute malnutrition; OR Are marginally able to meet minimum food needs but only by depleting essential livelihood assets or through crisis-coping strategies.

News24 also reports that according to the Food and Agriculture Organization, in 2020, “approximately 323.3 million people in Africa or 29.5% of the population ran out of food or went without eating that year.”

The United Nations-(UN News) reports that “276 million people around the globe were already facing hunger at the beginning of the year. That number could rise by 47 million if the war continues according to the WFP (World Food Pogramme), with the steepest rise in Sub-Saharan Africa.” (emphasis added)

With abundant hect-acres of fertile soil and arable land, coupled with many water systems, African nations should have already achieved food self-sufficiency. Ironically, sadly, most nations are farther away from being able to feed their populations through their own production of food than they were during the 1960 and 1970s.

African nations are undermining their own economies by importing large amounts of food. According to President of the African Development Bank (AfDB), Akinwumi Adesina, “Africa’s annual food import bill of $35 billion, estimated to rise to $110 billion by 2025, weakens African economies, decimates its agriculture and exports jobs from the continent.”

In reality, Africa’s huge import bill is hindering nations from developing the capacity to eliminate poverty and hunger. Nations using their precious foreign exchange to buy food that they can grow themselves is more than counter-productive. What is needed to end food insecurity is for Africa nations to build their own robust agricultural and manufacturing sectors. There are oligarchical financial interests, steeped in the colonial mind-set, who do not want Africa nations to develop, to become industrialized. There are others, even well-meaning, who believe that African nations should remain agrarian societies. As an expert inphysical economics, I can assure you that this approach will fail, and will only lead to more poverty and death.

President George Washington’s brilliant Secretary of the Treasury, Alexander Hamilton, fortunately won the battle against Thomas Jefferson and the slaved based agrarian South, to create a manufacturing industry in the newly established United states. Africa must do the same

With sixty percent of the world’s arable land that remains uncultivated, it is obvious that Africa can significantly increase food production in the short term. However, this does not obviate the need for rapid expansion of industry, beyond those businesses devoted only to the extraction of resources. Instead of spending tens of billions of dollars for imported wheat and rice that can be grown indigenously, that money should be investmented in infrastructure, and on valued-added production.

David Beasley, Executive Director of the United Nations World Food Programme, told a Senate Appropriations subcommittee Wednesday, May 11, that $5 billion is needed to avoid famine and migration due to COVID-19 and the loss of food from Ukraine. He told the Senators, “ If you do not respond now, we will see destabilization, mass starvation, and migration on an unprecedented scale, and at a far greater cost. A massive influx of refugees to Western countries could soon become a reality.”

Morally we are compelled to acquiesce to Beasley’s legitimate request, although it is doubtful that the nations of the advanced sector will actually come up with the money.

How many hundreds of billions of dollars have been expended on providing aid to countries in need? What would be the results if an equivalent amount of money were spent on development. Emergency aid is required to prevent our fellow human beings from perishing. However, emergency aid does not contribute to creating durable economic transformation that would eliminate the conditions that are the cause for food deprivation. Aid does not increase the productive powers of labor; it does not increase the productivity of the economy. While we can do no less than be the Good-Samaritan, what is the tangible long term effect of exclusively delivering aid?

Deficits in critical categories of hard infrastructure, especially roads, railroads, and electricity, is depriving nations of precisely those elements of physical economy required to increase the production of real wealth. Why don’t the G7 and European donor nations “grant” an equivalent amount of “aid money” for investment in infrastructure and building nascent industries? Disbursing money either through outright endowments or long-term low interest loans for development has the potential to change the dynamics of poverty and hunger plaguing African nations.

For example, consider irrigation. Bringing water to farmland would substantially increase food production. Most African nations irrigate 5% or less of their land. Worse, many nations still depend on backward modes of subsistence farming. What would be required to double or triple irrigation? Primarily, energy to pump the water is essential, but African nations are energy starved. Pipes to transport the water. Advanced machinery would be required to harvest the increased yields. Roads and railroads would be needed to transport the crops to markets.

Given Africa’s untapped agricultural potential, with investments in these basic classifications of infrastructure; hunger could be eliminated.

In October 2020, in response to an earlier food crisis, I delineated the following necessary actions (below) that should have been taken. These measures are still valid today, and should be implemented now, without delay.