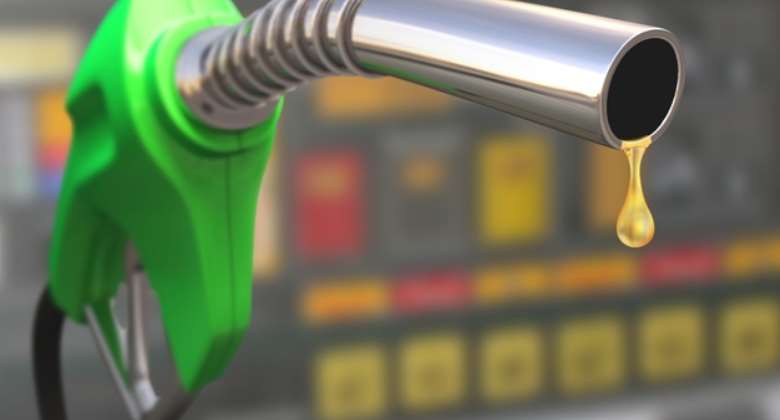 Is A South African Company in the Petroleum Sector Raping The Nation And Abusing Our Labour Laws With Impunity?

A careful study of the activities of Ghana Petroleum Mooring Systems (GPMS) unearths an absolute rape of the nation with it taking 65% shares against 35% for Ghana - a situation which calls for the State to abrogate the deal, or at worst, renegotiate a greater percentage for fairness that will contribute to the nation's revenue.

To maintain the status quo, however, some influential persons in the country have allegedly blindfolded the government from seeing through the unfairness, allowing GPMS to milk the nation. It is even alleged that management has lately resorted to using some Police personnel at the blindside of the Inspector General of Police (IGP) to intimidate some workers in GPMS yard.

To add insult to injury, the company is abusing, nay battering the nation's Labour laws with the Trade Union silent. This is clearly indicated by the alleged cases of arbitrary dismissals and redundancies, some of which are currently being challenged in Tema High Court by some former Ghanaian staff of the company.

Glaringly, should the blatant disrespect of our Labour Laws by the South Africans and a clique of some influential Ghanaian collaborators be allowed to continue, it would imperatively render the nation hopeless in its oil industry at the detriment of the economy.

Ghana Petroleum Mooring Systems (GPMS) is a Ghanaian company operating in the Petroleum sector. Its operations involve the discharge/transfer of petroleum products from vessels (ships) and other bulk liquid cargo types through the Single Point Mooring (SPM) and the Conventional Buoy Mooring (CBM/ABB) systems.

Each of the company’s installations has its associated offshore pipelines and linking facilities to onshore pipelines that are connected to tank farms at TOR, Bulk Oil Storage and Transport (BOST), Bulk Distributor Companies (BDCs) like Sahara and Fuel Trade, VALCO, VRA and others.

The company, which operates under an exclusive 15-year concession agreement from the Ghanaian Government on an open access basis, is jointly owned by Mining Oil & Gas Services of South Africa (65%) and Tema Oil Refinery (35%).

Its facilities handle in excess of 4.5 million metric tonnes of petroleum products per annum and charge its customers on a throughput tariff basis.

All seems above-board so far.

Certainly, the recent passing of the E-Levy Law and certain other tax policies adopted by the past and present governments would not have been necessary if action had been taken to ensure that the nation derived fair shares from the exploitation of it resources.

In subsequent reports, I will expose the alleged fraudulent deals in the petroleum mooring industry involving the South Africans and some local elements, leading to their lining their pockets while giving paltry 35% share to TOR to pay its workers, as well as the alleged seemingly compromising stance of the judiciary in view of some recent judgements delivered in the abuse cases.

Readers should look forward to damning exposures, with names of local and foreign characters involved in what can be described as robbing Ghana, and rendering the nation a laughingstock to the world, as citizens suffer.

The motive behind the subsequent stories is to bring the shenanigans to the attention of the President, His Excellency Nana Addo Danquah Akufo Addo, to either push for greater shares for the nation or consider a total take-over in the greater interest of Mother Ghana.

Watch out for Kwabena Boadu's Bombshell!!

Latest Photo Reports
Catch up with all the political quotes from our politicians.
Advertise here
More from Article
ModernGhana Links
Teacher Union Strike Declaration – The Gimmick Of Leaders’ Frustrations
It is time to confront the mental health issues faced by men
Do humanitarian agencies help refugees become independent? Evidence from history
TOP STORIES