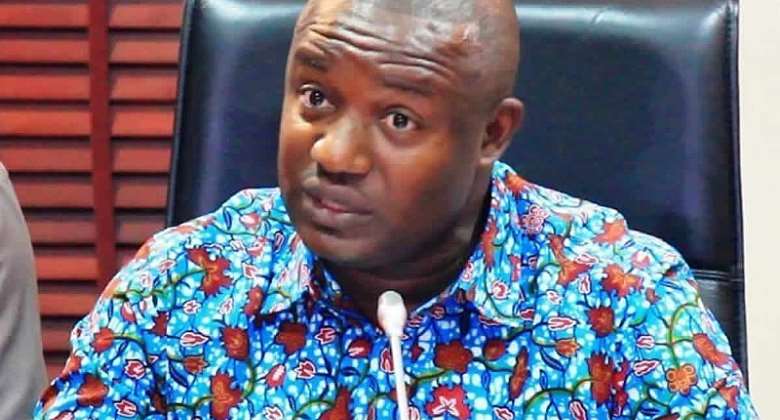 Ranking Member on the Mines and Energy Committee of Parliament, John Jinapor, says his side will not tolerate the re-introduction of the once rejected Agyapa minerals royalties deal.

This follows hints by the Finance Minister, Ken Ofori-Atta about the revival of the deal.

The deal, which seeks to securitize Ghana's mineral resources for development, was dropped following stiff opposition.

But the government says engagements are ongoing to retable the deal in Parliament.

In an interview with Citi News, John Jinapor urged government to find ways of protecting Ghana’s mineral reserves instead.

“The Finance Minister has made the pronouncement, so we are waiting for what he will bring, but from my point of view, we should be thinking about saving money. We should be building buffers rather than spending future receivables.”

“The Minister has already given a hint of collateralizing the unpopular E-levy, so to add Agyapa to it and collateralize our mineral resources for me is most unfortunate. It is untenable because COVID-19 has taught us that, we cannot predict the future. That is a position we [Minority] will maintain.”

Speaking at the Minister's press briefing in Accra on Thursday, May 12, 2022, Ken Ofori-Atta hinted at government's intention of ensuring that the Agyapa Royalties deal sees the light of day.

For him, the deal is a good one as it will help the country raise resources from the capital market and reduce its debt exposure.

“It is not about whether the monetisation of mineral royalties or listing of the company is bad or good, it is good because that is how you raise resources”, the Finance Minister explained.

His comments come after the Minerals Income Investment Fund was reported to have said that it is redesigning its strategy for listing the Agyapa Royalties on the London Stock Exchange and the Ghana Stock Exchange.

“If we have a problem with the process, let's articulate it, let's cure it, but let us not drop something that would be good for us and reduce our debt exposure. My mind is still there [on Agyapa]. I know the President has mentioned something about that,” the Minister added.

Latest Photo Reports
Catch up with all the political quotes from our politicians.
Advertise here
More Politics
ModernGhana Links
We’re grateful for building airport for us – Bono Regional House of Chiefs to Akufo-Addo
A/R: There is a strategy to break the 8; keep me as chairman – Wontumi to delegates
‘Clap for gov’t for doing the right thing with Achimota forest’ – Benito
Achimota Forest intact, only 361 acres declassified to pre-acquisition owners — Benito Owusu-Bio
Not even Kwame Nkrumah achieved a quarter of Akufo-Addo's 1D1F – Gabby
Gov't sets up committee to find solution to Bulgarian Embassy land case
Reach each other across the aisle; have national discussions but disagree on party issues – Afenyo Markin urge MPs
Reclassify Achimota forest as reserve; it's a dangerous precedent – Minority to Akufo-Addo
Sissala West MP rolls out youth empowerment training to tackle unemployment
TOP STORIES