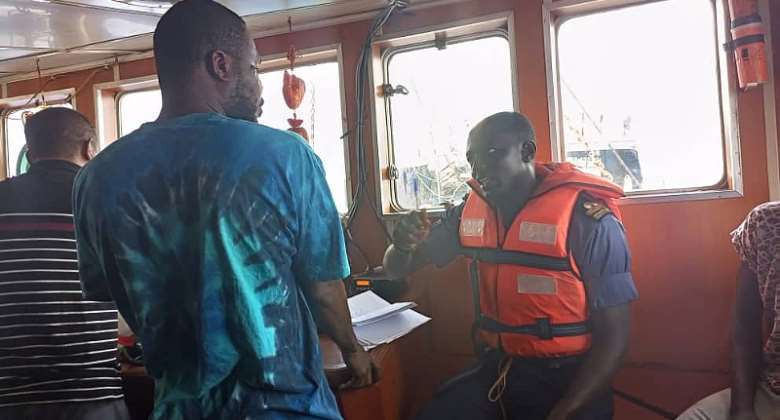 The Ghana Navy has abandoned rescue efforts to recover bodies of crew members of a fishing vessel that listed and capsized 46 nautical miles off the South of Saltpond in the Western Region.

This is according to the Public Relations Officer of the 2nd Garrison Enoch Opata, Connect FMs’ Eric Yaw Adjei reported on Monday.

Eight of the crew members including 7 Ghanaians and 1 Chinese are still missing.

Mr Opata, confirmed the accident to ConnectNews and mentioned that the incident happened 46 nautical miles south of Saltpond in the Central Region in the early hours of Saturday.

“MV Comforter 2 was fishing south of Saltpond. The fishing vessel had caught a lot of fish in its net and was having challenges hauling the net. The weight of fishes in the net caused the vessel to list”, he narrated

He continued: “Some of the sailors tried to prompt the Captain of the situation but he insisted the hauling continue. Unfortunately, the continuous hauling despite the warning caused the vessel to list further and it eventually capsized”.

Mr. Opata explained that at the time the vessel capsized there were 25 crew members on board which was composed of 19 Ghanaians and 6 Chinese nationals.

Mr. Opata stated that three Chinese vessels with support from personal from the Ghana Navy are currently involved in rescue efforts.

“The three Chinese vessels involved in the exercise are MENG XIN 6, GUO JIN and JIN HAI 600. So far 16 people have been rescued. 12 of them are Ghanaians, the Chinese are 4. One of the rescued is dead”.

He noted that currently 7 Ghanaians and 1 Chinese are still unaccounted for.

“The rescue efforts will continue. We are entreating families to stay calm because we are doing everything humanly possible to rescue all crew members”.

Serwaa Broni attack: Give us information to impeach Akufo-Ad...
23 minutes ago