From The UK To Rwanda 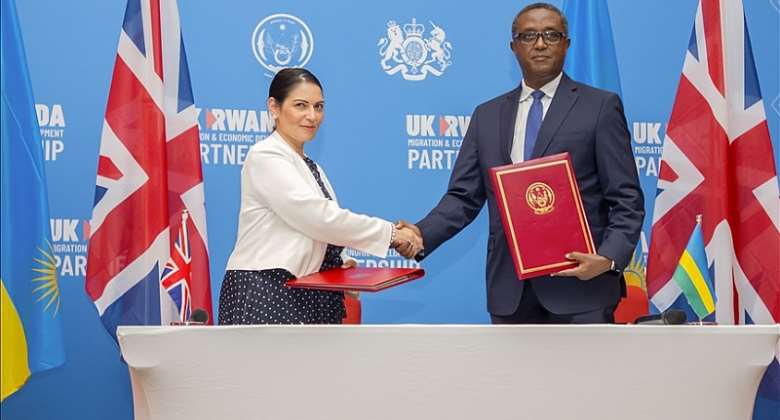 The proposed legislation to send mainly African and Arab asylum seekers and immigrants that are attempting to settle in the United Kingdom to Rwanda by the British Government coupled with the threat by the leaders of a Swedish political party to publicly "drench the Koran in pig's blood" and "burn it" puts a lie to the assertion that Europe is a bastion of religious freedom and tolerance.

It also proves that she is NOT the much touted eager and successful racial and cultural melting pot that she claims to be or a shining example of a righteous, equitable and just plural society.

Deep down in the heart and soul of both old and new Europe and indeed much of the western world lies an inexplicably cruel and sinister darkness and an aversion and pathological hatred for anything and anyone that is racially or religiously "different" and does not conform to the classical white, Christian, Ango-Saxon, Gallic, Viking or Germanic prototype.

This explains why the West weeps for the horrendous plight of the people of Ukraine yet refuse to bat an eyelid or give a damn about the barbaric and unconceivable events that are taking place in Yemen, Somalia, Nigeria and other parts of the Arab and African world.

They shed tears for the Ukrainian women and children that are being butchered in the Donbas region, Mariupol and Kyiv yet spare none for the innocent and hapless Arab and African civilians that are being hacked to pieces, bombed and slaughtered in their hundreds of thousands in their respective countries.

The double standards and sheer hypocrisy of the western world is as appalling as it is nauseating.

The truth is that their emerging New World Order is as insensitive, unjust, brutal, savage and evil as the old and their globalisation agenda, which is deeply rooted in mysticism, ancient occultism and the dictates of the Illuminati, has failed.

Their words are as smooth as butter, yet war is in their hearts.

May the Lord deliver us!