Lessons From Ghana (For Nigeria) 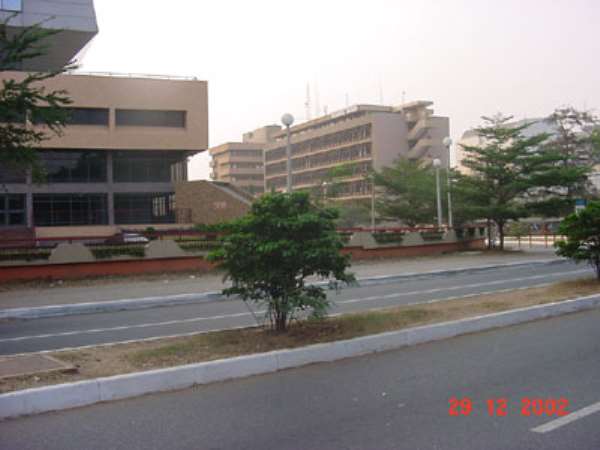 It was Karl Marx, radical German philosopher and founder of the Marxist School of thought who argued that the only thing that is constant in life is change. Invariably, change is inevitable in any and every human social formation. Given this irrefutable reality, social scientists have continued to harp on the dynamism and fluidity of the human society.

Consequently, no society is static or exists in a continuous state of suspended animation, given the inherent contradictions therein. The resolution of the contradictions defines the order of societal progression. But it would seem that while some societies are undergoing positive transformation through the embracing of change, others unfortunately suffer relegation either because they cannot cope with change or are unwilling to accept change.

Ghana, which shares close historical, cultural and political affinity with our country would seem to have broken loose from the decay and retrogression of the past, and thrusts itself on an irreversible path of progress and development. A recent trip to that country by this writer was indeed a big eye opener, as it was quite revealing. Upon arrival at the Kotoka International Airport, Accra, and driving through the well-paved and sparkling streets of the city, one was struck by the functionality of the state and disciplined conduct of the citizenry. If what was glimpsed from Accra and its environs-functioning infrastructure, civilised social behaviour, enlightened and polite police force, conducive university environment, austere and focused political leadership, patriotic political class - is anything to go by, the reformist changes embarked upon by the Ghanaian state in the 90s would seem to have yielded and continue to yield handsome dividends.

Ghana has made remarkable progress over time. A major area where this is clearly evident is human capital and social infrastructure. From the courteous immigration and other airport officials to taxi drivers and hotel staff and ordinary people on the lively streets of Accra, the country appears to be a study in disciplined social conduct and forthrightness.

There are useful lessons to be drawn from Ghana which in the late 70s and 80s presented a classical case of a failed state. It will be recalled that following the collapse of the Ghanaian economy within the period, the country suffered one of the worst cases of human capital flight, with several of her citizenry escaping to Nigeria and other neighbouring countries to evade the ravaging hardship and hunger in the land.

It is indeed amazing to say the least that the country that suffered such tragic fate not too long ago has risen from the ashes of the economic ruins of the past to rediscover itself and is making steady progress in all facets of human endeavour. The impressive functional infrastructure, crime-free neighbourhoods and organised way of life of the people contrast sharply with our own situation here.

We, in Nigeria have always had this self-delusion that our country is the giant of Africa and leader of the continent. Yes, in our state of delusion of grandeur, we can permit ourselves the indulgence of such self-adulation. But the truth of the matter is that the giant status of Nigeria finds expression and meaning only within the context of our numerical strength. And this is not lost on Ghanaians who in contrast see their country as the gateway to Africa.

After the calamitous events in Ghana in the 70s and 80s which shook the nation to its very foundation, the country has remained an oasis of stability within the crisis-ridden West African sub-region. Inspite of the fact that Ghana is a multi-ethnic and multi-religious country like Nigeria, the issue of the National Question has been satisfactorily resolved through the granting of autonomy to the constituent regions in the country. Besides, the question of political succession which has been the bane of several post-colonial states in Africa is no longer an issue in that country.

The defeat of the ruling party in the 2000 elections in Ghana and the successful transfer of power to the opposition party, National Patriotic Party (NPP) led by John Kuffour is a rare feat in Africa, comparable perhaps to similar precedents in Zambia and Benin Republic. The 2003 Presidential elections in Nigeria is still a subject of litigation at the Supreme Court almost one and half years after. Certainly we have one or two lessons to learn from Ghana in this respect.

Ghana is a society driven by law and order. It does not operate on the whims and caprices of anybody no matter how highly placed. As a first time visitor, one does not need any tutorials from Government agents to appreciate that Ghana's democracy is firmly anchored on the rule of law. It is self-evident. Much more importantly, Ghana boasts of a vibrant and robust press, unfettered by any institutional inhibitions, fearless judiciary, strong civil society and above all, an enlightened police force.

Indeed, the audience that witnessed a public lecture delivered by the Inspector-General of Police of Ghana Nana Owusu-Nsiah at the Accra International Conference Centre on Thursday September 9, 2004 on the "Role of the Police Force in a Democracy" were more than thrilled by his expose on the level of sophistication that has been attained by the Ghanaian police in the discharge of its mandate under a democracy. From the presentation and confirmation by ordinary Ghanaians, Ghana's Police Force has undergone a remarkable transformation with resultant civility in the enforcement of the law.

According to the Inspector General of Police, "The police must obey the law. The law is the only sensible guide in a democracy". He went further to state that Chapter 5 of the Ghanaian Constitution enjoins the police to ensure that human rights and fundamental liberties of the people are not trampled upon in the course of law enforcement. For him, gone were the days when a suspect being arrested or under custody was subjected to brutalisation or any form of indignity. He also disclosed that the Ghanaian police was bound by the law to provide protection for those organising a protest march provided that the organisers give the police five days' notice.

Much more than every other thing, what impressed me most was the disciplined conduct of the people, orderliness on the roads, neatness of the streets, functioning infrastructure (I was informed that in the last five years Ghana has had uninterrupted power supply), absence of street urchins and security of lives and property. Indeed, the deputy governor of Nasarawa State, Mr. Labaran Maku, who was also a guest speaker at the Accra International Conference Centre, better captured the on-going revolution in Ghana in his chat with me. According to him, Ghana has moved away from a state driven by raw power to an idea-based society.

As we grapple with the challenges of nation building, we must begin today to re-define our values as people with a view to enriching the moral content of our democracy. If Ghana can get it right, Nigeria can also get it right if we begin to imbibe the right ethos. * Nwosu, former Media Adviser to the Senate President, lives in Abuja.