Who Is ATTA MILLS? 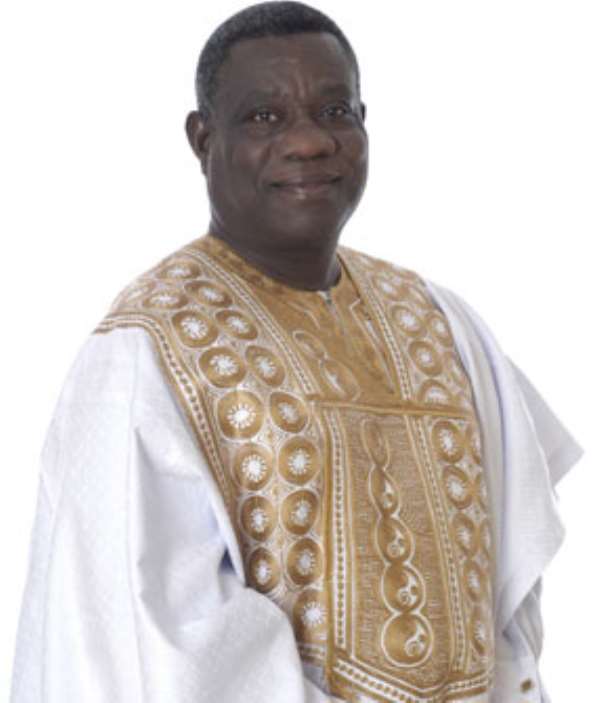 NPP acolytes come in many forms and apparitions to attack the innocent. One such acolyte is the FALSE EVANGELIST Prince Aidoo Jnr, who has patched together some words published as a feature on Ghanaweb today. He says he wants to know "WHO IS MILLS", yet he poses a restrictive choice as regards the answer he expects. He asks whether Mills is a "TRAITOR or a HYPOCRITE". What is this?

Well, Mr Dimwitted False Prophet Aidoo, Prof Mills is a true Patriot who will be voted into office by the masses in December 2004 and will be sworn in as President January 7 2005! The evidence is there. Did you hear of the tumultuous welcome Prof Mills received at Tamale last week?

Prof Mills joined President Rawlings as a Vice President in a Constitutional Government circa 1996-2000. Mr/dr Kufuor on the other hand joined Chairman JJ Rawlings in the PNDC, which you know was an UNCONSTITUTIONAL regime..

So direct your questions to President Kufuor!! Prof Mills ought to say to you that he was teaching and doing research abroad when Kufuor was drawing free petrol as PNDC Minister at the time when most of False Prophet Aidoo's issues may have taken place..

"Someone out there with a clear mind should ask this man with a wolves skin(Prof Mills) the following questions if he claims to be an indisputable future leader;

2. Where was he when Ghanaians suffered brutality under the regime he was serving, that he now has the audacity to talk about the rule of law?

3. One may ask him if he will prosecute his Chairman Rawlings and his associates for human rights abuses when he becomes a president?,

4. Will he as well be able to prosecute President Kufuor and his ministers at the end of their term of office if they are accused of corruption, and a court of law finds them guilty of graft?

5. Can h! e revoke the "Indemnity Clause" which is protecting them all from lawful prosecutions?,

6. One may ask him under what law were those 8 Generals and the 3 Judges executed?,

7. Under what human right laws were those innocent Ghanaians dehumanised and executed without trial?

8. Who brought about the Hardship, Incompetence, Parochialism and Corruption (HIPC) that has beset our country over the last twenty three years?,

9. Where was he when our "Fifty Cedis" notes were unlawfully collected without anyone accounting for it?.

10. Who devalued our strong and convertible "Cedi"

Prince Aidoo,many of these question should be redirected to President Kufuor, not Atta Mills, for there is a thing called Collective Responsibility. Prof Mills will act responsibly when he is President. Nothing more and nothing less.

Well, Professor Mills is head of NDC with a philosophy of Social Democracy. He is well grounded, unlike Prince Aidoo and his band of merry! folks, who were nowhere to be found when the Social Democrats met in South America last year.

Go and ask the masses. You will know who Prof Mills is!