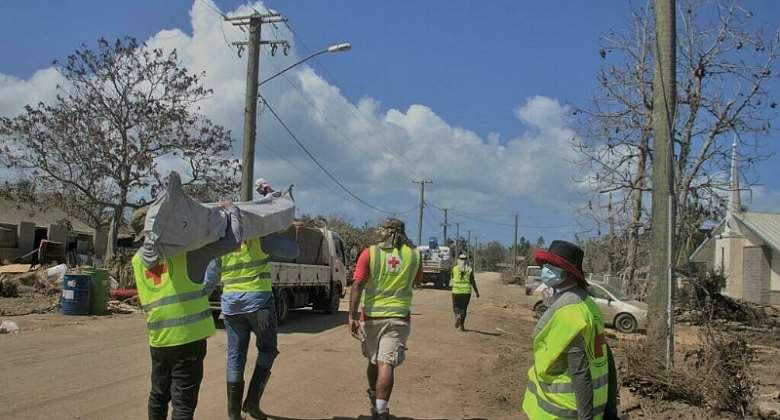 The French army is sending 10 tonnes of humanitarian cargo from New Caledonia to the Tonga Islands, struggling to recover from a powerful volcanic eruption on 15 January, followed by a tsunami.

At the request of Tonga under the FRANZ (France-Australia-New Zealand) cooperation agreement, France will launch the patrol boat La Glorieuse, based in New Caledonia to deliver aid.

Emergency aid from the French Ministry of Foreign Affairs' Crisis and Support Centre (CDCS), which is managed by the New Caledonian Red Cross will be sent by boat, due to arrive in Nuku'Alofa, the Tongan capital, on Thursday.

On board, some 156 hygiene kits, 100 tents, 50 shelter kits, solar lamps, masks and 2.5 tonnes of drinking water, donated by the New Caledonian government.

"Other missions, this time by plane, are planned in the coming days," said the senior commander of the New Caledonian Armed Forces (FANC), General Valéry Putz.

A Falcon Guardian maritime surveillance aircraft will also make a reconnaissance flight over the islands of the archipelago on Tuesday.

"Freight will be transported by cargo plane and "the FANC Guardian will carry out, again at the request of Tonga, a reconnaissance flight over the archipelago, as the situation on all 175 islands is not yet known", he added.

There are no plans to send troops at this stage, as the Kingdom of Tonga is free of Covid and access to the territory is very limited.

Humanitarian aid, including water, flown in by Australian, New Zealand and Japanese military aircraft began arriving in Tonga last week after the archipelago's main airstrip was finally cleared of the thick layer of volcanic ash.

The 15 January eruption of Hunga-Tonga-Hunga-Ha'apai caused a tsunami that affected more than 80 percent of the archipelago's estimated 100,000 inhabitants, according to the United Nations.