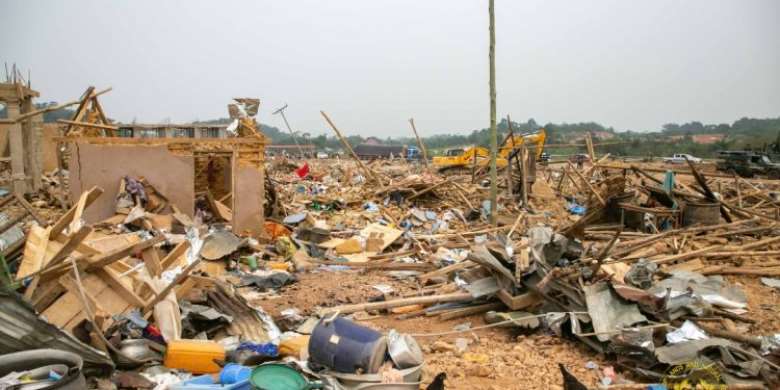 The Bureau for Public Safety is calling for an independent and transparent investigation into the Bogoso-Appiate explosion.

This comes after the Ministry of Lands and Natural Resources interdicted the Chief Inspector of Mines and temporarily suspended the license of Maxam Company Limited pending the outcome of the investigations.

Chief of Party for the Bureau of Public Safety, Nana Yaw Akwada in a Citi News interaction said, although the swift commencement of investigations by the Ministry is welcoming, it must, however, ensure that the processes are not meddled with.

“I think we must commend the Ministry of Lands and Natural Resources for the action they have taken so far. We believe that it is in accordance with best practices when such things occur. That main actors step aside to allow unimpeded investigations. We will also expect that the members of the investigative committee should be known to the public, and we will expect that, this investigative committee will also be from all the parties that are linked to this incident.”

The government has suspended the license of a mining services contractor; Maxam Limited, following a huge explosion at Bogoso-Appiate on Thursday, January 20, 2022.

A statement from the Ministry of Lands and Natural Resources which disclosed the suspension also indicated that the Chief Inspector of the Mines has been interdicted, as investigations into the incident continue.

“Consequently, the Hon. Minister for Lands and Natural Resources, Samuel A. Jinapor, MP, has, as of 21st January 2022, directed the Chief Executive Officer of the Minerals Commission to interdict the Chief Inspector of Mines with immediate effect, pending the outcome of the ongoing investigation into the tragic events which took place at Appiate.”

“Further, the Hon Minister has directed the Chief Executive Officer of the Minerals Commission, with immediate effect, to suspend the registration of Maxam Company Limited with the Minerals Commission, thereby precluding the company from the manufacture, transportation, and/or supply of explosives for mining operations,” portions of the statement said.

The explosion has killed at least 13 people and wounded more than 100 others as well as levelling several buildings in the area.