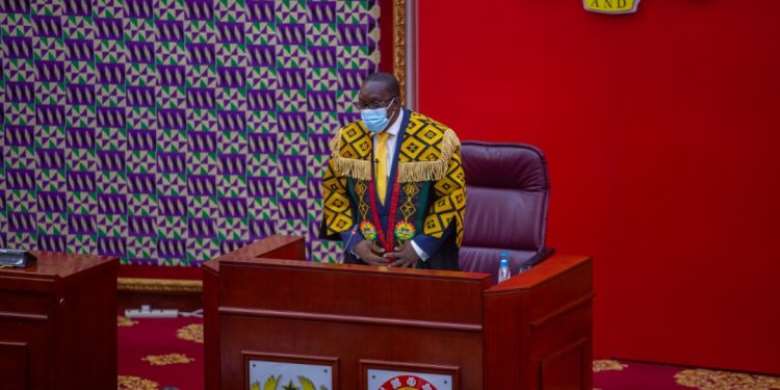 The Forum for Former Members of Parliament has described the withdrawal of four soldiers attached to Alban Bagbin, the Speaker of Parliament, as ill-timed.

In a statement, the forum urged calm amid discussions on the impact of the decision by the Military High Command.

“It is the belief of the Forum that the action of the Military High Command is ill-timed, particularly following feuding in Parliament between the Majority and Minority on budgetary issues, which seems to point to bad blood between the Legislature and Executive.”

It also cautioned against using the matter to score political points.

“The pathway now should be consensus building so as to achieve peace and harmony. The Forum hopes that security issues of this nature are never put in the court of public opinion.”

Moving forward, the forum urged the government to “as a matter of urgency look into the possible regularisation of the reposting of the withdrawn personnel.”

The Chief of Staff of the Ghana Armed Forces wrote to Parliament said the four officers were attached without proper procedure.

The Majority further rubbished claims that the withdrawal of the military personnel was an attempt to gag Mr. Bagbin.