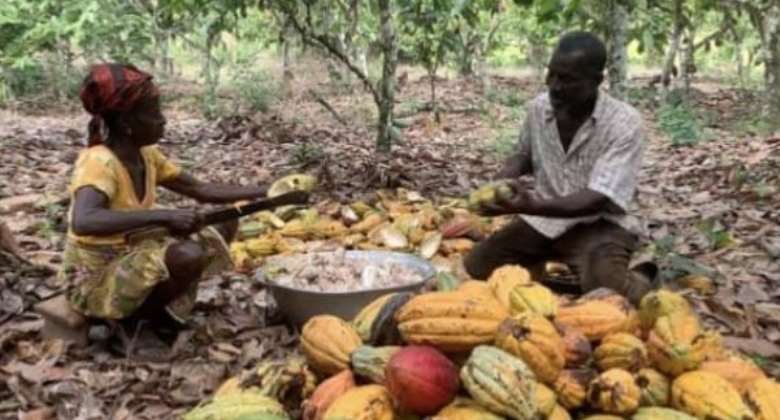 More than 100 farmers in the Assin Fosu Municipality of the Central Region have had their farms infected with the swollen shoot diseases.

A total of 200 hectares of farmlands have been affected so far with the disease.

Mr.Isaac Sarfo Afram, the Municipal Officer of the Cocoa Health and Extension Division (CHED) under COCOBOD made this known in an interview with the Ghana News Agency at Assin Fosu.

He disclosed that the affected farms would be destroyed by COCOBOD and the farmers compensated with GHC1000. 00 per hectare to prevent it from spreading to other farms.

COCOBOD, he indicated will employ weeding labourers to weed the affected farms within a specific period and later plant high yielding cocoa seedlings that do not take more than three years to harvest.

Plantain suckers will also be planted to serve as a shade for the cocoa plants to blossom.

Mr Afram said the cocoa rehabilitation under Productivity Enhancement Programme (PEP), initiated by the government was to cut down and replant diseased and over-aged cocoa farms to boost output and returns.

He therefore called for improvement on awareness and sensitisation drive to enable more farmers to embrace it saying, evidence showed that farmers who allowed their farms to be worked on were yielding results.

“The PEP aims to check further spread of the diseases and help restore the affected cocoa farms to their original states to boost yields,” he noted.