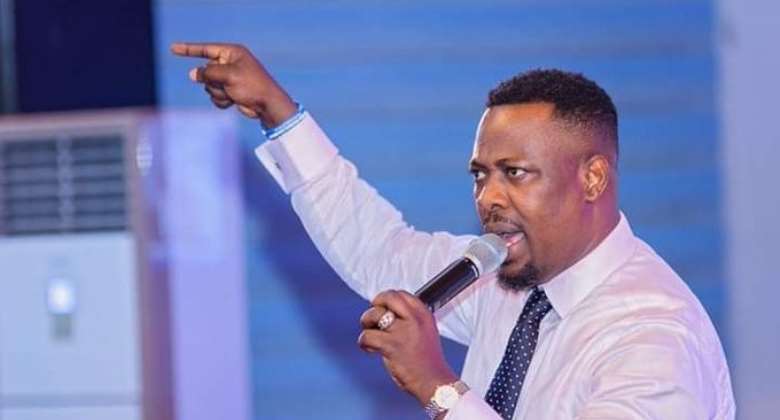 Over the years, giving prophesies of panic during 31st December watchnight service to usher in the new or ensuing year has been the practice of pastors and prophets of some charismatic churches in Ghana.

Prior to the 31st December 2021 watchnight services across the country, the Ghana Police Service directed the churches to be measured in communicating prophesies so that they do not create unnecessary panic in society. Whereas some clergy men and women agreed with the Police, others opined to the contrary that the Police wanted to suppress or restrain the church and for that matter the prophets from performing their godly duties.

Laughably, the directive by the Inspector General of Police (IGP) regarding prophesies of panic at the 31st watchnight services has chased one renowned Prophet Nigel Gaisie to redirect his 2022 prophesies against the fictional Nigerian society of Umuofia. The Prophet said, “I am not talking to the people of Ghana because of the repressive system going on in Ghana. I am not talking to the topographical, geographical land called Ghana. I am prophesying to a nation called Umuofia.” If he prophesied about Umuofia because Ghana’s system was repressive, then does it mean he -and not God- has been choosing what he the prophet should say and to which country or city?

Umuofia Kwenu! Umuofia Kwenu!!, Kwenu, Kwenu oooo!!!! Readers may recall that Umuofia is the village or setting in Chinua Achebe’s novel dubbed Things Fall Apart. It is in Umuofia that the tall, huge and famous Okwonko defeats the energetic and unbeatable Amalinze the Cat in a wrestle. It is in the outskirts of the same Umuofia village that Nkokwo kills Ikemefuna.

In a twinkle of an eye and for fear of being arrested by the Police, Prophet Nigel Gaisie has become an Achebe adherent, giving prophesies about the city of the fictional village of Umuofia. Has the IGP not caused Nigel Gaisie’s exodus from Ghana to Umuofia? One would have thought that Prophet Gaisie would mention the Things- Fall - Apart characters such as Okonkwo, Ogbuefi Ezeudu, Ezinma, Nwoye, Ikemefuna and many others in the prophesies he gave about Umuofia.

Many social media users in Ghana are happy that the IGP, Dr. George Akuffo Dampare’s directive against prophesies of panic had really sanitized the prophetic space in Ghana on 31st December 2021.

In my view, the IGP’s directive mimics the June 14, 1989 Religious Bodies Registration Law (PNDC Law 221) passed by the Rawlings-led Provisional National Defense Council (PNDC) Administration of Ghana. Section 20 of PNDC Law 221 defined religious bodies as "any association of persons or body or organization which professes adherence to or belief in any system of faith or worship; or which is established in pursuance of religious objectives”

The object of PNDC Law 221 was to protect the Ghanaian citizenry from the exploitative tendencies of some churches in the country. It was reported at the time that Chairman Rawlings (as he then was) indicated that PNDC Law 221 was meant to preserve purity in terms of religious teachings.

Regarding the IGP’s directive regarding doomsday prophesies and the resultant Umuofia prophesies by Nigel Gaisie, the following rhetorical questions are worth asking.

Whatever the answers to my rhetorical questions may be, the current IGP has succeeded in compelling one Prophet to cross over to the land of Umuofia with his prophesies of panic. It was indeed a “prophetic” journey from the land of Kwame Nkrumah’s Ghana of reality to Chinua Achebe’s Umuofia of fiction. Said differently, Prophet Gaisie has been damparized to Umuofia. Haaaaaaahaaahaaaa, Ghana dey bee kεkε.