The Pastor and the Pulpit, the Politician and the Power: Thoughts from my Hamlet (Episode 4: Final Episode) 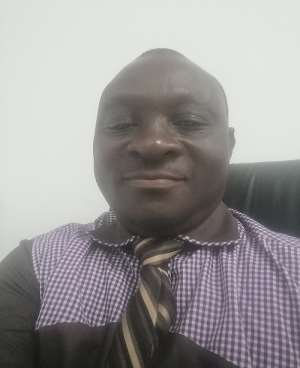 The Provisional National Defence Council (PNDC) Military Government of Ghana led by Flt. Lft. Jerry John Rawlings (Chairman Rawlings) ruled Ghana from 31st December 1981 until the midnight of 6th January 1993. J.J. Rawlings became the President-elect after the November 03, 1992 presidential elections. He pulled 58.4% of the total votes cast, thereby defeating his main opponent, Prof. Albert Adu Boahen of the New Patriotic Party (NPP) who had 30.3% of the votes. It would interest readers to recollect that Ghana’s Third Republican President whom J.J. Rawlings overthrew in December 1981 was also a contestant in the 1992 elections. He was called Dr. Hilla Limann. He was the flagbearer for his party, the People’s National Convention (PNC) for the 1992 presidential elections. According to the Electoral Commission, Dr. Limann had 266, 710 votes, representing 6.7% of the total votes cast (4,127, 876). May his gentle soul continue to rest in peace.

On June 14, 1989, the PNDC government passed a law that required that all religious bodies in Ghana must register with the Ministry of Interior in order to make them “accountable” to the government. The said enactment was called the Religious Bodies Registration Law (PNDC Law 221). The law stated specifically, "every religious body in Ghana shall be registered under this Law and no religious body in existence in Ghana shall after three months from the commencement of this Law operate as such unless it is registered under this Law" (Christian Council of Ghana 14 Nov. 1989, 2). Section 20 of the law defined religious bodies as "any association of persons or body or organization which professes adherence to or belief in any system of faith or worship; or which is established in pursuance of religious objectives”

According to the African Letter, (16-31 May, 1990: 1), PNDC Law 221 was meant for enforcement to protect the Ghanaian citizenry from the exploitative tendencies of some churches in the country. Chairman Rawlings himself was on record to have said PNDC Law 221 was meant to preserve purity in terms of religious teachings. Contrariwise, the Ministry of Interior stated that the law was enacted to prevent certain people from using church premises for political gatherings meant to foment trouble or undermine national unity and security. It should be noted that political parties were proscribed after the December 1981 coup that overthrew the Third Republican Constitution under which Dr. Hilla Limann became Ghana’s Third Republican Head of State, coming after Nkrumah (1960-1966) and Busia (1969-1972). It was under the same Third Republican Constitution that Ghana had her first ever Vice President in the person of Dr. Joseph William Swain de-Graft Johnson.

Per the provisions of PNDC Law 221 a nine –member Religious Affairs Committee (RAC) was constituted at the National Commission for Culture (NCC). The mandate of the RAC was to examine applications from people who wanted to establish a religious institution in Ghana.

The RAC made recommendations to the NCC to grant a three-month temporary approval to the religious body applicants. Those who went contrary to the tenets of PNDC Law 221 committed a criminal offence and were subjectable to prosecution with confiscation of the religious bodies’ assets.

Per the same PNDC Law 221, it was illegal to use the title Pastor without the person using it being connected to or operating under the license of a religious body registered under the law. An offender was to either pay a fine of 10,000.00 cedis or USD363 (as at August, 1989) or go to prison for three (3) months (Oduro-Marfo, 2018).

Paradoxically, the Federation of Muslim Councils of Ghana (FMC) did not find PNDC Law 221 as an enactment that "was intended to stifle religion.” To the FMC, the law was rather meant to uphold religious practices and to safeguard national security in view of the fact that activities of certain religious groups were compromising national security (Refer to 3rd January 1990 Daily Graphic).

Despite the foregoing explanation or assurance given by the FMC to the Muslim Community, the PNDC had banned Islamic preaching in Wa, the capital city of Upper West Region. In view of a feud that ensued between the Orthodox and Ahmadiyya Islamic factions in Wa, the Chairman Rawlings led PNDC Administration equally banned Muslims in that city from gathering and listening to Islamic sermons on radio or on tape recorders. Refer to Africa Events [London, February 1990] with the caption, "The Cross, the Qur'an and the Gun." The Muslims resisted this PNDC ban in Wa but other religious bodies did not empathize with the Islamic faithful perhaps due to the FMC’s previous public endorsement of PNDC Law 221.

A Christian newspaper named The Christian Messenger also endorsed PNDC Law 221. The November/December edition of the paper actually entreated all churches to avail themselves for registration under the law. The paper opined that the law was warranted because a certain number of self-styled prophets, prophetesses, priests and traditionalists were hiding behind religion to amass wealth to the detriment of their congregants or adherents (West Africa 17-23 Apr. 1989, 584).

Shockingly and perhaps in compliance with The Christian Messenger’s publication mentioned above, the following Christian groupings or churches also accepted the PNDC Law 221 as the new normal for religious practices in Ghana.

The foregoing religious bodies were convinced that the government was only enforcing PNDC Law 221 to "check the activities of some religious bodies that... constituted nuisance to the general public, and militated against public order, public interest or morality, or acceptable standards of decency" (Christian Council of Ghana 1989). Contrariwise, to the foregoing conviction, these religious bodies called for a review of the law because it set an unpleasant legal and political precedent for government to control religious freedom in Ghana.

As a result, the Christian Council of Ghana and the Ghana Catholic Bishops' Conference jointly issued a communique to the Christian community in Ghana. They stated inter alia that they were firmly convinced that PNDCL 221 constituted a violation of the fundamental human rights relating to freedom of worship.

According to the May 18, 1990 edition of the Africa Watch, the Pentecostal Association of Ghana and the Organization of Independent Churches supported PNDC Law 221. Suffice to say that the Christian Religious bodies or churches were partially and hesitantly divided in their reaction to the law. The Muslims through the FMC supported the law but had their disappointment in the city of Wa as narrated earlier.

It was reported that by 1990, the PNDC Government received about 11,000 applications from religious bodies for consideration to be registered under the law (Country Reports 1991: 147). Later, the PNDC abandoned the enforcement of PNDC Law 221.

It is clear from the piece that the religious bodies (churches, mosques and shrines) were once subordinated to politics in the form of a military regime. Politicians were using their power to influence religion and members of society felt the pinch. In addition to PNDC Law 221, the PNDC Government also passed and enforced the Newspapers Licensing Law (PNDC Law 211). Under PNDC Law 211, certain religious publications were banned. For example, the Jehovah Witness’ Awake, Watchtower, and Our Kingdom were banned.

Whereas the PNDC Government itself abandoned the enforcement of PNDC Law 221 (Registration of Religious Bodies Law), the Kufuor NPP Administration repealed the Criminal Libel Law (PNDC Law 211) when the current President, Nana Addo Danquah Akuffo Addo was the Attorney-General and Minister of Justice.

This ends the episodes on the caption, The Pastor and the Pulpit, the Politician and the Power: Thoughts from my Hamlet.

Indeed, the Pastor uses the Pulpit to influence society and so does the Politician with the Political Power. That aside, both Politics and Religion had influenced, still influence and will in future influence each other so long as humanity exists and practices the two. Lastly, I salute unhesitatingly, Nana Tabono Bonsu III, Asantehene’s Brempon of Asante Akyem Achiase in the Ashanti Region. I mentioned in the previous episodes that a personal discussion with Nana made me coin the topic.