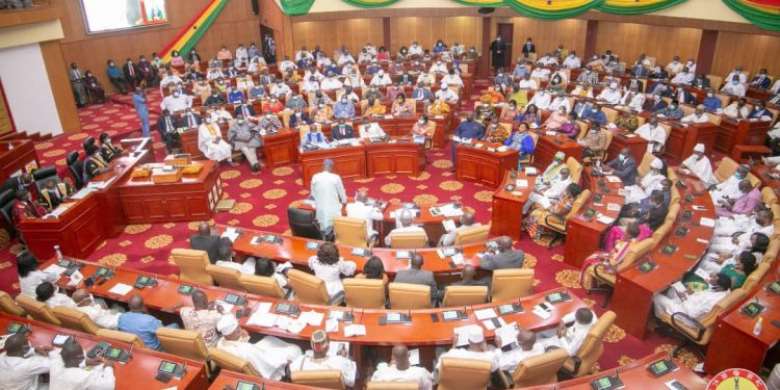 The Special Budget Committee of Parliament says it will not consider budget estimates for the Electoral Commission until the Chairperson of the commission appears before it.

A member of the committee and Deputy Minority Chief Whip, Ahmed Ibrahim has said.

The consideration of the budget estimates for the Ministry of Communications and Digitalisation has also hit a snag.

At the budget hearing of the committee, Deputy Commissioners of the Electoral Commission and other officials of the Commission were denied audience due to the absence of the Chairperson, Jean Mensa.

The failure of the commission to resolve issues with representation of the people of SALL and the Guan constituency in Parliament, among other policy issues, accounted for the decision of the committee not to consider estimates of the Electoral Commission.

Speaking to Citi News, Ahmed Ibrahim indicated that the estimates for the commission will not be considered if the Chairperson does not appear before the committee to defend the estimates.

“There are major policy issues and constitutional issues to be raised. Notable among them is the non-representation of the people of SALL… who have no representation in Parliament.”

“Then the lobbying that we did for the Finance Minister to return some money and refund it back to her. These matters need to be explained to the committee, so we know where we stand as a nation. You cannot sit somewhere and send your deputies to come and face the Parliamentary Committee chaired by the Majority Leader and with the Minority Leader as the Vice-Chair,” Ahmed Ibrahim explained.

The consideration of the budget estimates for the Ministry of Communications and Digitalisation also was unsuccessful following the suspension of budget hearings by the Communications Committee of Parliament.

The decision to suspend the sitting was taken after the Minority insisted on the submission of the annual reports of the National Communications Authority.

The annual report for the state entity has not been presented to Parliament for a number of years.

He, however, said the Minister had made some positive assurances to the committee.

EC is insisting on compiling new register because it has los...
24 minutes ago