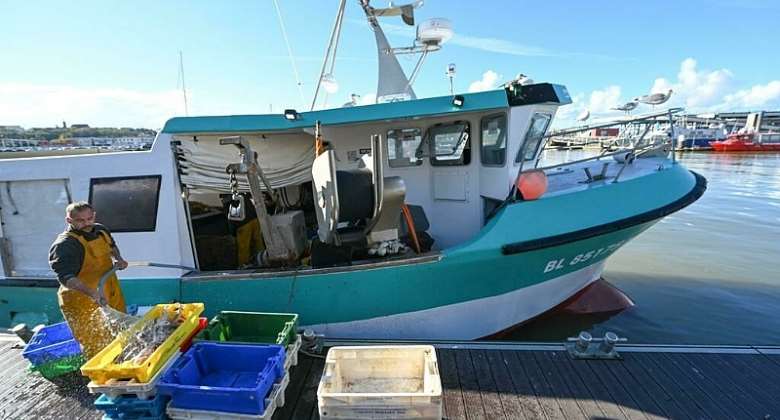 Guernsey on Wednesday issued fishing licences to 40 European Union boats, in the latest move over post-Brexit access rights that has seen Paris and London at loggerheads and blockades threatened.

Some 58 vessels sent applications, together with positional and catch data, of which 40 -- all registered in either Brittany or Normandy -- were approved, with another three to be issued later, Guernsey authorities said.

France is angry that Britain and the Channel Islands of Jersey and Guernsey have not issued some French boats licences to fish in their waters after Brexit.

Under "EU-UK Trade and Cooperation Agreement" signed by London and Brussels late last year, European fishing vessels can continue to ply UK waters if they apply for new licences and can prove they operated there in the past.

In May, as tensions over access to the self-governing British crown dependencies in the Channel boiled over, French trawlers briefly encircled Jersey's main port.

Guernsey's authorities had so far renewed licences on an interim, month-to-month, basis as it considered the applications.

In a statement, they said that licences announced on Wednesday will enable 40 vessels to continue to fish in Guernsey waters from February 2022, adding that they act in line with the EU-UK trade deal.

Licences for a further three vessels will be issued in "due course", officials said.

The other vessels on the interim list will be able to fish until January 31, 2022.

After that, they will no longer be allowed, unless they can provide evidence that they historically fished in the waters.

"We have reached a significant milestone in our licensing roadmap announced back in September," said Guernsey official Jonathan Le Tocq.

"We value our good relationships with Normandy, Brittany and La Manche, and I hope that today's announcement provides welcome certainty and stability in this new era," he added.

'The fight is not over'
France's fisheries minister, Annick Girardin, said the granting of the licences was "excellent news for our fishermen".

Progress had been made with Guernsey, she added, but said "the fight is not over: 111 licences are still outstanding", mostly from Jersey and London.

For now, the European Commission said it was happy with the deal, adding that it was the result of the EC's "continuous efforts," calling it "an important advancement in a complex process."

Half a dozen fishing boats blocked access to ferries at the northern port of Calais and the port of Ouistreham in Normandy to the southwest.

The action by French fishermen came with relations between the two neighbours at their lowest point in decades and days after a dinghy carrying migrants sank in the Channel, claiming 27 lives.

Post-Brexit deal
Meanwhile, a post-Brexit trade deal between Britain and Norway came into effect on Wednesday.

The deal promises tariff-free trade in produce, including fish, potentially presenting benefits to consumers but new competition for the hard-pressed UK fishing industry.

The deal was struck in April, but without agreement reached on mutual access to each other's fishing waters.

"This deal will support businesses in all sectors across the country, from the fishing trade in Scotland and Grimsby, to innovative FinTech companies in our biggest cities," International Trade Secretary Anne-Marie Trevelyan said.