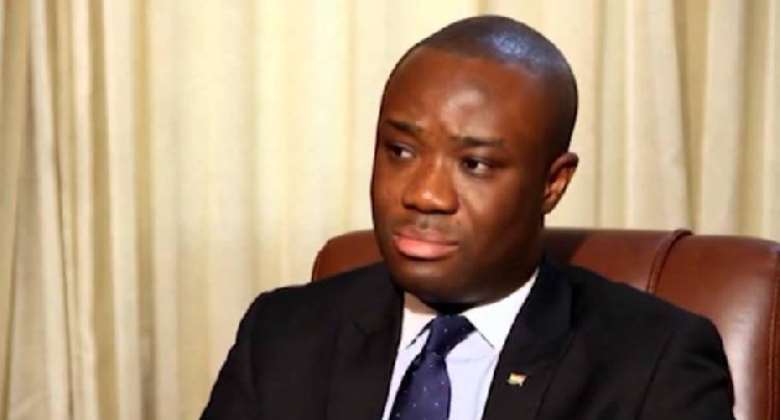 A former Deputy Minister of Information, Felix Kwakye Ofosu says the Majority in Parliament has shown the biggest middle finger to Ghanaians following their decision to approve the 2022 budget statement.

The Majority on Tuesday, November 30, 2021, led by First Deputy Speaker Hon. Joseph Osei-Wusu approved the 2022 budget without the presence of the Minority in the House last Friday.

In the absence of the Minority in the House, the First Deputy Speaker counted himself as an MP despite sitting in as Speaker.

Subsequently, the house approved the 2022 budget statement while stressing that the earlier decision taken by the Minority was null and void.

Although the reasons for their absence in Parliament are sketchy, it is understood that the Minority MPs refused to be in the chamber because they and their counterparts on the Majority side could not arrive at a consensus on requests for some amendments to be made to the 2022 budget.

Having followed proceedings, Felix Kwakye Ofosu in a Facebook post said the action of the Majority is an insult to Ghanaians.

“If you are a Ghanaian, the Akufo-Addo/Bawumia government, with the help of their MPs, has given you the biggest middle finger ever,” the former Deputy Minister of Information said in his post.

The Facebook post continues, “Despite your protestations, they have rammed down your throat, a 1.75% E-Levy, a 25-30% increase in the prices of imported items because of the reversal of the Benchmark Value discount and a 15% increase in over 20,000 different fees and charges paid for the service of 129 MDAs to be adjusted upwards every year.”

Felix Kwakye Ofosu further adds in his post that Ghanaians should expect to pay more for fuel and other commodities in January 2022 when the implementation of the e-levy commences.