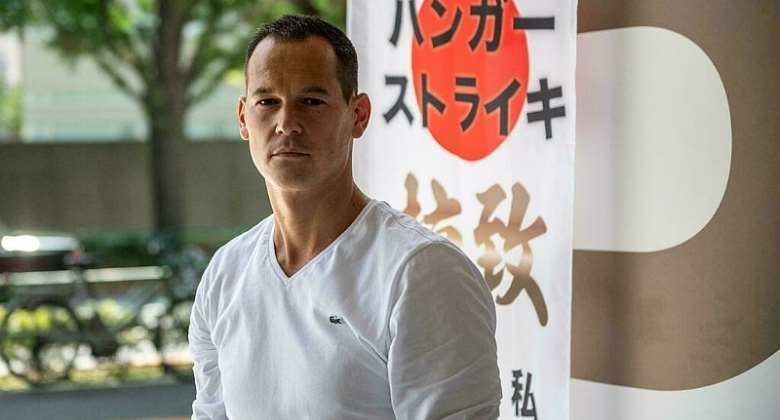 French authorities have issued an arrest warrant for a Japanese woman whose two children have been kept from their father in a case that has revived debate about "parental kidnapping" in Japan.

The children's French father Vincent Fichot -- a resident in Japan -- has drawn international attention over his attempts to reestablish contact with his son and daughter, who he says were kidnapped by their mother in 2018.

French authorities issued the international warrant over allegations of parental abduction and endangering a minor, according to a source close to the issue and Fichot.

Japanese law does not include a provision for shared custody when parents separate, and authorities have long been accused of turning a blind eye when one parent denies the other access to their children.

Fichot staged a three-week hunger strike during the Tokyo Olympics earlier this year to draw attention to his case, and says he has received support from foreign and Japanese parents in a similar position.

A lawyer for Fichot's wife declined to comment on the warrant.

"Divorce proceedings are ongoing. We have no desire to fight outside of court," he told French news agency AFP.

No official numbers exist, but rights groups have estimated that about 150,000 minors are forcibly separated from a parent every year in Japan.

Fichot's case was raised with Japanese officials by French President Emmanuel Macron during a visit to the country for the Olympics.

Fichot has also joined other parents in bringing a complaint against Japan over the issue before a UN rights body.