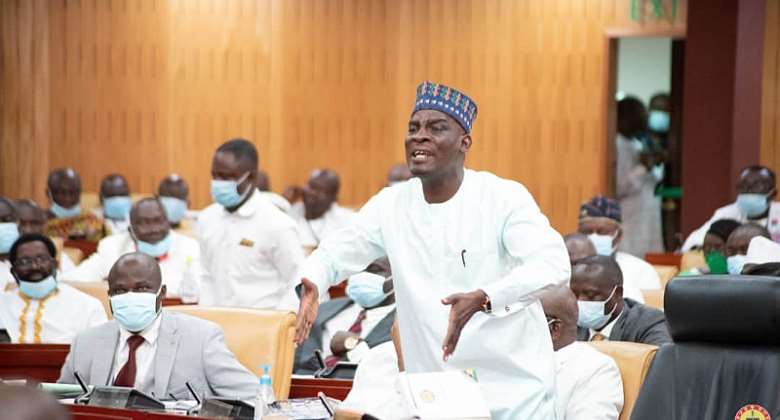 The Minority in Parliament has asked Majority Caucus to be ready for a showdown in the House on Wednesday, December 1, 2021.

The warning comes after the Majority side of the House led by Hon. Joseph Osei-Wusu, First Deputy Speaker approved the 2022 'agyenkwa' budget today November 30 which was earlier rejected.

Addressing a press conference in reaction to the latest development, Minority Leader Haruna Iddrisu told journalists that the decision taken by the Majority endorsed by the First Deputy Speaker was illegal.

He explained that from the Standings Orders of Parliament, Hon. Joseph Osei-Wusu had no power to take part in vote exercise while presiding as the sit-in Speaker of the House.

For this reason, he said the decision taken by the Majority led by the First Deputy Speaker is null and void.

Furious with the action of the Majority in Parliament, the leader of the National Democratic Congress (NDC) Members of Parliament have vowed to take them on when they meet in the House tomorrow.

The Tamale South MP added, “Appropriation of estimates we will insist on them and therefore if this is the way they want us to walk we are very capable of walking with them. Therefore if they claim that they respect the constitution they must respect the fact that today’s decision is constitutional illegality.”

Meanwhile, in an explanation for why the minority was absent from parliament today, Haruna Iddrisu noted that it is because the majority displayed a stubborn posture and an unwillingness to address concerns raised on some portions of the 2022 budget they wanted to be reviewed.