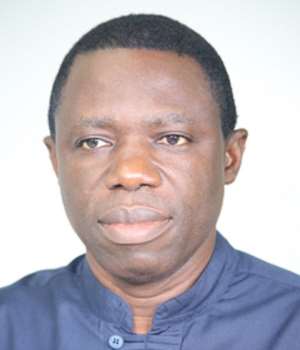 A former MP for the Buem Constituency in the newly created Oti Region, Mr Daniel Ashaiman, said the NPP has created a mess that is draining the public purse.

He raised this concern while speaking as a panelist on Accra100.5FM’s mid-morning show ‘Ghana Yensom’ on Thursday, 18 November 2021 hosted by Kwame Appiah Kubi.

He said the NPP government has created a huge number of parallel positions in the Ministries, Departments and Agencies such as PR officials, communications consultants and personal assistants among others who are all drawing salary from the consolidated fund.

“The NPP’s behaviour in government is making the politician look bad in the eyes of the ordinary Ghanaian”, he posited.

In his view, the government is not listening to the plight of the masses.

Also, he noted that the Akufo-Addo government has borrowed so much since 2017 but has nothing to show for it in terms of infrastructure.

“When the NDC, led by former President John Dramani Mahama was leaving office in 2016, the country’s debt-to-Gross Domestic Product (GDP) was GHS120 billion”.

However, he said under the NPP’s ‘Economic Messiah’ Vice-president Dr Mahamadu Bawumia, borrowing has hit GHS336 billion yet there is no infrastructure to show for it.

To him, the NPP is a liability to Ghana.

‘A Deputy Speaker is not a Speaker, I’m an MP’ – Joe Wise
5 minutes ago