COP26: Australia says it will continue to export coal on massive scale for 'decades" 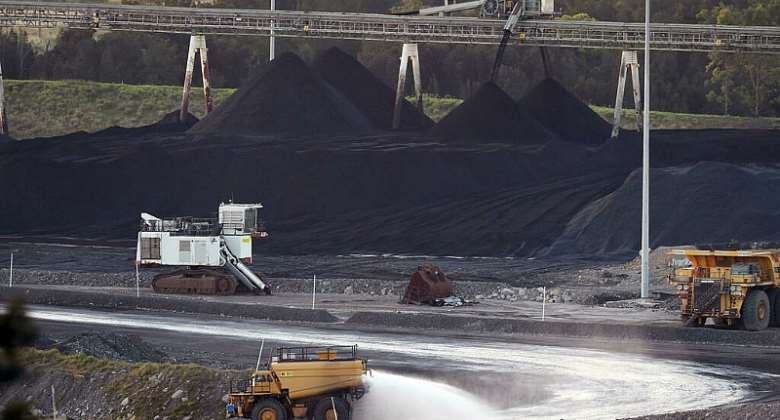 After a day of rest, the venue of the United Nations climate change conference, or COP26, reopened on Monday in Glasgow for the second and final week of talks which face major hurdles with Australia saying it will sell coal for "decades into the future."

Among the issues being haggled over by almost 200 countries are a fresh commitment to the goal of capping global warming at 1.5 degrees Celsius, getting countries to review their climate efforts more frequently, to increase the pressure for deeper cuts, and financial support for poor nations.

Limiting global warming to 1.5 degrees Celsius could reduce at least some of the most catastrophic future climate change damage.

Coal setback
Earlier on in the conference, more than 40 countries pledged to eliminate coal use within decades.

Australia, however, along with some other major coal users such as China and the United States, did not sign up.

"And that is why we will continue to have markets for decades into the future. And if they're buying... well, we are selling."

Demand for coal is expected to rise until 2030, the minister claimed.

Australia is one of the world's largest producers of coal and natural gas, but has also suffered under increasingly extreme climate-fuelled droughts, floods and bushfires in recent years.

The Minerals Council of Australia, which represents large miners such as BHP and Rio Tinto, has said a 2050 target is achievable through significant investment in technology.

Pitt added that some 300,000 Australians' jobs were reliant on the coal sector. The Minerals Council of Australia itself says the coal industry directly employs 50,000 workers while supporting another 120,000 jobs.

Divesting from coal?
But the will to invest in Australia's coal sector is declining. The Financial Times reports that BHP has reached a deal to divest up to $1.35bn from two coal mines in Australia, as the world's biggest miner continues its retreat from fossil fuels.

According to the newspaper, the company is selling its 80 per cent interest in BHP Mitsui Coal, which operates the South Walker Creek and Poitrel coking coal mines in Queensland, to Stanmore Resources, a junior Australian miner.

“As the world decarbonises, BHP is sharpening its focus on producing higher quality metallurgical coal sought after by global steelmakers to help increase efficiency and lower emissions,” Edgar Basto, head of the miner's Australia division is quoted as saying.