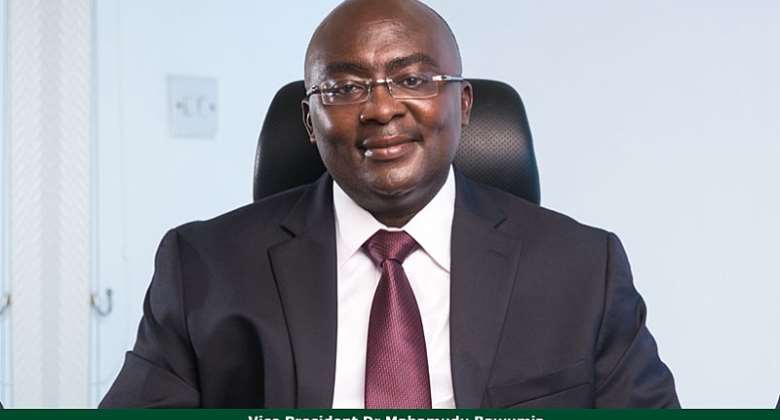 The Vice- President, Bawumia, did make the promise of building a harbor in Cape Coast. Photo credit: Ghana media

Evaluating the programs and statements of building projects, made by political parties in Ghana, I can confidently say that there is a big gap between the declared intentions and the actual results.

Politicians in search of power give many promises which are often believed by the suffering masses but as soon as they get what they are looking for, they completely forget that they made some promises to the people, and based on those promises they were elected.

We are human beings and, therefore, not perfect in everything but it hurts when you put your trust in someone or a political party, then later, that party tells you I didn’t promise you to do this and that.

If there are no legal consequences for not fulfilling promises in Ghanaian politics, that shouldn't allow politicians to abuse the system. A politician can't promise the youth jobs, then later, you give them bags of rice. They will reject them.

This is what happened, a couple of months ago in the Savannah Region of Ghana. If it’s hard for Ghanaian politicians to fulfill their promises, then it’s better to stop giving promises.

This is the latest issue about the construction of an airport and harbor in Cape Coast, a coastal town in the central region of Ghana.

The Vice-President of Ghana, Mahamudu Bawumia, emphatically said in a recorded video, “And for the people of Cape Coast, I have good news for you. We are building a new harbor in Cape Coast and a new airport in Cape Coast.”

However, today, the president has denied vehemently that he didn’t make such a promise. This is ridiculous, I can understand the reason many people in Ghana, especially the Oguaa folks are extremely angry with the president.

The president himself said during an interview that “The commitment was never to a harbor; it was to a landing site,” but the Vice-President didn’t tell the people of Cape Coast what the Ghanaian president is saying now.

Even though political witch-hunting leads to diverse problems in a country, yet, it is worth sometimes asking some questions.

Is Ghana too poor to build an airport in each of its regions if economically necessary? How possible that a country with so many resources, benefit foreign countries more, yet Ghana lacks proper amenities?

Ghana produces, gold, diamond, cocoa, timber, and has oil fields, where does all the money go after exports? At the moment Ghana is carrying a huge debt on its shoulders, what is the money being used for in our country?

With Ghana's population rapidly increasing without any compulsory or recommended birth control rules, this is the time any government in power should be exceptional by creating more jobs and enhancing the country's resources to avoid any hunger threat in the future.

Finally, all of us know that promises are part of political campaigns but what you know you can't do, don't promise the people because failures do hurt them.