Anti-LGBTQ+ Bill: 'If anybody fails you, it isn't NDC in Parliament; we'll do the needful for our people' – Haruna Iddrisu 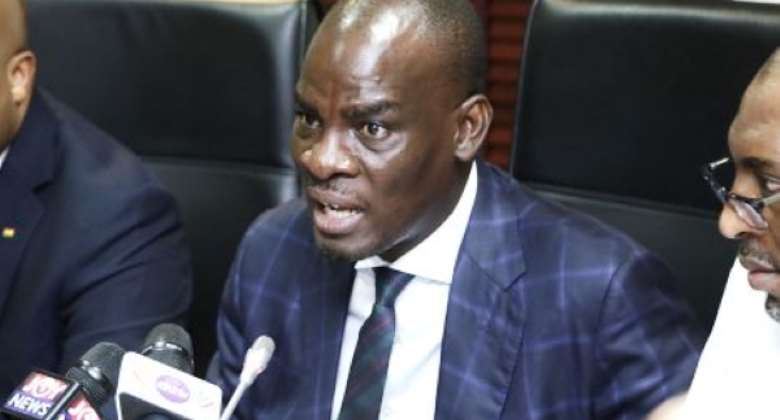 The Minority caucus in Parliament has said it is rallying the full bipartisan support of the house to pass the anti-LGBTQ+ bill to “hold high the moral flag of our country.”

Minority Leader Haruna Iddrisu told the press that “Certain issues of significance, either make or put asunder the collective unity of people of a nation at critical moments in its history, and the Parliament of Ghana must stand the litmus test.”

According to him, “if anybody fails you, it is not the NDC Minority.”

He said “we will insist on a vote” on “every accompanying sentence”, including “amendments to every provision”.

“We will do what is legally needful within the 1992 Constitution clause by clause, and we want every member of parliament to get counted and to stand to be counted as reflecting the aspirations of Ghanaian people.”

The Majority side of the house held a press conference on Tuesday at which Majority Leader Osei Kyei-Mensah-Bonsu said the bill must be handled in a carefully balanced manner, noting that Speaker Alban Bagbin, on his own, cannot commit the entire chamber in reference to the bill’s passage.

The Suame MP said: “We are a democratic country and parliament should ensure that the rights of citizens are protected.”

Democracy, he noted, does not mean “we should trample on the rights of others.”

“The appropriate thing will be done,” he noted, citing Article 40 (a) of Ghana’s Constitution as “the driving principle that should underpin our international relations.”

“In its dealings with other nations, the government shall promote and protect the interests of Ghana,” the Majority Leader noted.

Mr Kyei-Mensah-Bonsu added that “the Speaker cannot commit parliament, the Speaker can make a referral to Parliament which will be programmed by the business committee for consideration.”

“I’ll find it difficult if we have a Speaker who, as part of his own antecedent as a former member of parliament, says that parliament is going to pass the bill. It’s a bit of difficulty unless I didn’t hear well.”

“I’m not saying parliament is not going to pass it, but the Speaker should not make a predetermination for the house because he’s not a Member of Parliament and this is the business of Parliament,” Mr Kyei-Mensah-Bonsu told journalists.