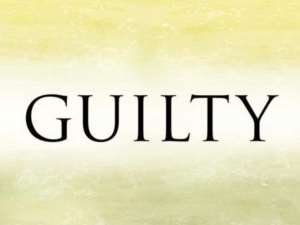 Although Africa has its unfair share of the problems, the world is varyingly Guilty and suffering. It is not hard to pinpoint our guilt from a secular perspective, but they may wrongly debate on who is more guilty, or blame just one party. We will narrow the problem to maternal suffering, maternal deaths, and post natal issues. The Bible claims 'people suffer due to lack of knowledge', but how many centuries it took the Christian leaders and ordinary Christians to seek knowledge about child birth to minimize suffering and death? May be an atheist man sought knowledge and convince some humble Christians? The first commandment in Christianity is do not kill, but does that include negligent killings? The first commandment in Islam is 'learn', a very broad term that includes up to research, but can a marijuana Muslim convince enough Muslims to learn for earthly blessings, not just escape suffering and delay premature death, due to negligence beyond atom's weight? The solution is clearly more love for learning and to occasionally sacrifice for humanitarian reasons over money.

We should ditch the term 'midwife' and instead use 'good husband' for delivery assistants. For decades, we use the term 'midwife' and it did not drive over fifty percent of women learning the necessary skills to help their fellow women , and millions of men than women are under fighting for women, but how about learning for weeks instead of complaining for years? After initiating a one to twelve weeks course to have a 'good husband ' certificate, regardless of gender. All the men fighting for women on social media and dangerous protests will be ashamed of not going through the course. Anyone with a high school level or above can be taught how to help on average delivery, within weeks, volunteer annually as refreshment, especially while a partner is pregnant, etc. Africans have the sad tendency of assuming simple knowledge as big knowledge to make money? You have thousands or millions of westerners who are not just choosing home schooling their children before covid 19, but you have many who brag about choosing 'home delivery' over hospitals. I am not advocating for 'home delivery', but trying to show you how those who reportedly have the best hospitals, also try to learn simple tasks like delivery, simple at least for our age.

Once launched properly, the good women will ask "where is your good husband certificate " before we go out for a date or marry? Marijuana ideas are so pressure oriented, lazy Africans and cowardly women remain major opponents to marijuana legalization, but I still love and try to help women and Africans, while fighting where need be. Around three months of pregnancy, when you visit the hospital, the data entering nurse should ask the father's name and phone number, double check if he is certified and last voluntary date? Call and send him message about starting or refreshing the course, including post natal care theory or do you prefer trial and error on your precious child? Remind both parents even a normal pregnancy is preferred to be delivered in a hospital, assure them it is free for at least 48 hours before and after delivery, and that the knowledge they earned is largely for emergency purposes and assist where there is a surge.

A very disturbing video in the Gambia prompted this reaction and I will have to summarize it for those who cannot access the video, but similar realities exist in most of Africa. A nurse at Bundung maternal care made the video with factual, exaggerated, and misleading information. She claims only 'four doctors' delivered about '600 babies in a month' -- she choose the monthly figure to psychologically influence the emotional and non-thinking ones, while appealing for more staff. In reality, that is about 20 babies per day, or how many doctors you need on such a surge or did the journalists inquire if other months were not around 200 babies per month, before publishing? I truly believe Africans hardly work hard in Africa, four people will do what two people should do. So if I was the health minister, I will less likely send more doctors there. She did not mention how many nurses assist the doctors, but mentioned they have 19 midwives in that center, and claimed some where on leave, quarantine, etc. If seventy five percent of the guilty pregnant women were going to that center, then they should have known a surge was coming and still sent how many on leave at the time needed most? I may warn or fire an administrator, especially if s/he did not recall those on leave or call for 'surge transfer' requests, but does your health minister think after denying medical cannabis? She claims up to four people sharing a bed -- well, a surge of about 20 per day with four dedicated beds means think of solutions, not just more staff and more beds. The delivery rooms are just for hours, then a normal delivery will stay 24 to 48 more hours for mainly professional monitoring. In a pandemic, I will recommend long distance monitoring and early release; I will use other parts of the hospital with beds; I will use a school hall or classroom where need be for few hours of monitoring. No work is easy and thinking is different from formal education, and Marijuana does help some people think more. Thousands of years before your hospital was built or anesthesia innovated, history and research claim people used cannabis to help reduce delivery pain, and some countries are reallowing cannabis as option to anesthesia, or as combination. She highlighted a very important fact that it is not just death, but suffering and possible infection and home re-infection are realities to gauge. Then she indirectly admits they were turning away people, rather than considering early release and relocating those who successfully delivered.

There is no question that government is the most guilty party and most ideal to champion this 'good husband' program, but even an NGO can start it, and government may join later. I am at war with u.s over mainly Marijuana legalization, but other activists can seek funding beyond the u.s government, bill gates foundation, etc. You can even call the NGO 'good husband' and some foolish feminists may fight over name, but competing against you in teaching delivery and childcare will be a bonus you should welcome. Be a humanist and do not shy away from good controversy or 'good trouble', at least they won't handcuff you for matching with Martin Luther King, nor brutalize you as they did to boys and men over Marijuana, more than blacks and women.

The media must be very careful because questionable folks in government use them to echo lies, beyond fighting Marijuana; the opposition wants to over politicize things even where the people are guilty or can self help; the questionable people In different institutions make one sided claims and misleading information; and the gullible ordinary people do not understand our responsibilities go beyond complaining, and certainly includes learning and self help.

Rejecting solutions with fractional facts is not wise. If twenty five percent of men and thirty five percent of women took the 'good husband ' course at their cost, that is an awesome start. You have money for phone gossiping; money for things beyond wife, child, and praise singers; so have money and time for data or knowledge to help your wife and child, or don't have children. A big percentage of the course is theory that can be done long distance, then about two days of practical at participating health centers after passing the theory... literally sacrificing a weekend before impregnating, you will just watch or run errands for professionals. While reading piloting aircrafts, they strongly recommend pilots should consider getting help from passengers who may not know about piloting; similarly, the best of nurses will agree a trained 'good husband ' can learn and be useful in delivery , especially during a surge, as in the Bundung maternal care center, in the Gambia.

So let every African country start the course, sensitize the people to join, coordinate an Africa wide and worldwide best efforts approach. Some of the certified will eventually qualify for 'reserves' and be paid where need be. However, we must sacrifice as individuals, not over depend on money. A country/continent with over twenty percent unemployment rate of mainly youths and crying lack of enough staff is shameful, but worse is when weeks of learning can create semi professionals, who may overcome fear of hospital and consider further education in the countless health related fields. At one point, I was talking to some physiotherapist students at the Gambia university and they did not know what is a chiropractor; two extremely close fields, why they were not informed the difference and that we have no chiropractor In Government health centers, only one private one in a whole country .

Beside possibly saving your wife and child, or getting employment, we can start new cultures where we video call 'good husbands' volunteers at the naming ceremony and shift part of the gifts of praise singers to such good strangers, 'come after work for your share' or which address to send it to. Good Old Africans were good at creating cultures to solve 'problems', following culture can be good or bad, but refusing to update cultures is a crime, especially where vivid benefits are probable.

Again, do not let the excuse mongers forward fear oriented excuses. We still recommend hospital delivery because we understand even what is presumed as normal pregnancy can turn problematic at delivery. We understand after delivery problems can exist. Now let them admit two certified 'good husbands' escorting a pregnant village lady is safer than prayer and complaining escorts, or even countless ambulances. Over fifty percent of pregnancies are normal enough that a 'thirteen year old boy ' helped her mother deliver and he learned from movies. The sad African or shy culture that keeps men from such should go away. The westerners are wrongly teaching LGBTQ to kids where teaching them the 'good husband ' without certificate means while dad was out and mum was in labor, a child may save lives. Africans are not teaching LGBTQ, but we are not also teaching essential sexual education. May we improve and help people. May GOD bless Showlove Trinity: let's learn , let's work, let's have fun.

An activist and Transformer.

'We bequeathed to Akufo-Addo gov’t two new oil fields, but w...
48 minutes ago