Dan Kwaku Yeboah to be Honored Again in USA 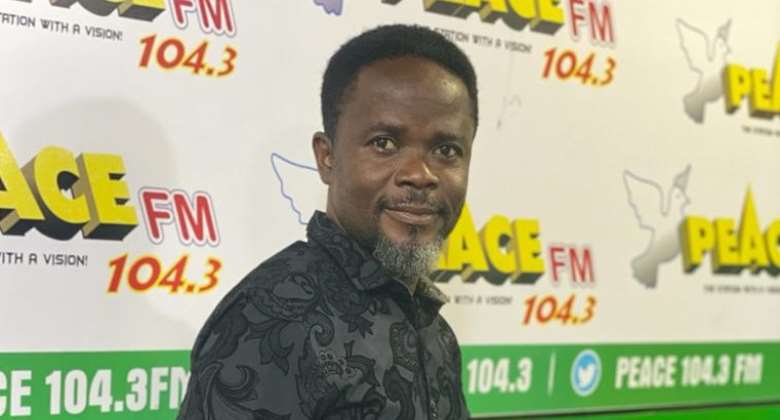 Mr. Yeboah with a wealth of experience in Sports Broadcasting s also a Script writer, Editor, Producer and reports live from around the world with cheeky simplicity on radio and television. Yet he claims to be still learning his dexterity. He is currently the Head of Sports Department at Peace Fm (104.3MHz), Accra and the host of Sports Show Programme “Agodie” on UTV. He was also the Communications Manager for Premier Division Team, Gamba All Blacks during the 2008/2009 Premiership season.

https://www.rthotel.com. 3G is initials for God, Global & Giving. The event dubbed; "A Night of Heroes" recognizes the sacrifice and dedication of the leading trailblazers of the greater Ghanaian/African and Global communities. Philadelphia-based Rosette Multi Service LLC is the parent company of 3G Media Group and its Chief Executive Officer, an American is; Evangelist Charles Nimmo Ntiamoah-Mensah aka Mr. CNN. US based Media Mogul. The event is also on the heels of the media personality cum Evangelist celebrating multi-anniversaries code named; 21-13-12-10-1; 21 years in Media/Showbiz, 13 years of publishing the 3G Magazine 1, 2 years of organizing the 3G Awards, 10 years of operating the Rosette's Multi-Service and Food Supermarket, 1-year - topping it first anniversary of hosting “The CUMIEES Show” on 3GTV which is shown live on Facebook.com and Youtube.com; CUMIEES Stands for; Captivating, Uplifting, Motivating, Empowering & Exalting our Savior Through Worship.

He is the recipient of the following awards; 3-times National Best Radio Commentator (2004,2005,2008 (Media Trust Awards), Best Presenter Coca-Cola World Cup Launch.- 2010, Best Television Personality 2017 People Celebrity Awards, Readers Promoters Awards.(Accra International Book Festival). As an author, he has written a book entitled; Coach Hene: Football's Gift to Mother Ghana ( A book in Honour of Former Black Coach; Afranie). Besides his tiring schedules, he is very serious with the things of God and Church activities. He is a proud and active member of the Abeka Lapaz Assembly of the Christ Apostolic Church International. He currently doubles as a Deacon and Secretary of the church..

From a family of Six Boys, no girl, mother is Comfort Yamoah and Father, Ransford Yeboah from Agona Duakwa. He is married with 4 children; three girls, one boy.