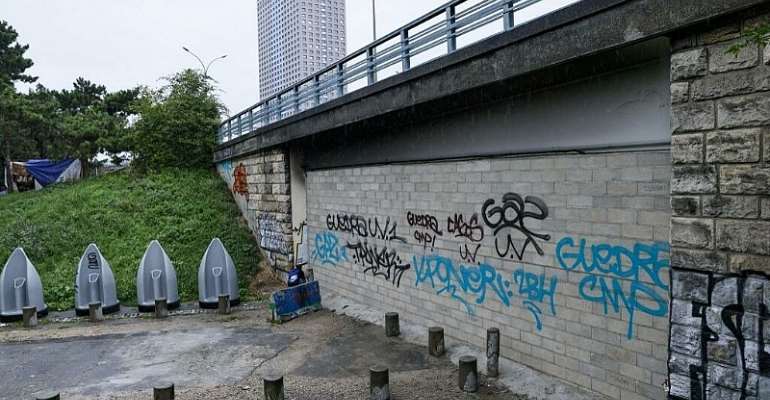 The construction of a wall blocking a tunnel to prevent crack users from entering a Paris suburb has casued "anger" and "disgust" among local residents and the city's mayor.

On Friday, authorities bricked up a tunnel under the Paris ring road leading to the northeastern suburb of Pantin after clearing about fifty crack smokers from a park called Jardin d'Eole in the 19th and 20th arrondissements of Paris.

Instead of building a wall, they say,  the French government needs to find a permanent solution to Paris's decades-old drugs problem and to prevent it spilling over into low-income suburbs.

Paris police chief Didier Lallement said that crack users had been expelled from the park because their presence "near several schools" had become "untenable", adding that the wall was a "necessary protection for the residents of Pantin," which is part of the Seine-Saint-Denis department, one of the poorest in France.

'Wall of shame'
Several residents of Pantin and the neighbouring suburb of Aubervilliers slammed the so-called "wall of shame".

Building a wall has "a symbolic significance. It's disgusting," said Sabrina Mahfoufi, a resident of Aubervilliers.

"This wall is blocking the way for local residents", added Maxime Moroni, a Pantin resident who is used to cycling through this tunnel to get to Paris and avoid the "hell" of the Porte de la Villette roundabout opening up access to the motorway ramps.

"You see between 130 and 150 men and some women in a kind of shanty town at the gates of Paris, in totally unsanitary conditions, and who today don't need a security response but a social and health response,' said Kern in an interview with franceinfo on Sunday.

"It's by nature a temporary solution for an emergency situation, and does not satisfy anyone," Justice Minister Eric Dupond-Moretti admitted to RTL radio on Monday.

For several years, local authorities have tried to move crack users  out of the areas in the north-east of Paris. Local groups are calling for more permanent solutions with housing and "safe consumption rooms".

On 16 September, the French prime minister Jean Castex gave the green light for the creation of four new centres in Paris where people can "safely inject, smoke or ingest drugs under medical supervision."

"The state will support the creation of these centres, providing the appropriate type of venue is found," Castex wrote in a letter, in response to a request earlier this year from Paris' Mayor, Anne Hidalgo, who is running as candidate in next year's presidential elections.

Lallement and Hidalgo have crossed swords repeatedly over the Socialist mayor's request for more supervised drug use sites, a proposition rejected by many on the right.

So far just one is open in the capital near Gare du Nord and was opened in 2016. Hidalgo was forced to abandon plans for a new one in eastern Paris this month after an uproar from residents.