My loyalty to Akufo-Addo, NPP is intact; count on me — Outgoing Tuobodom DCE 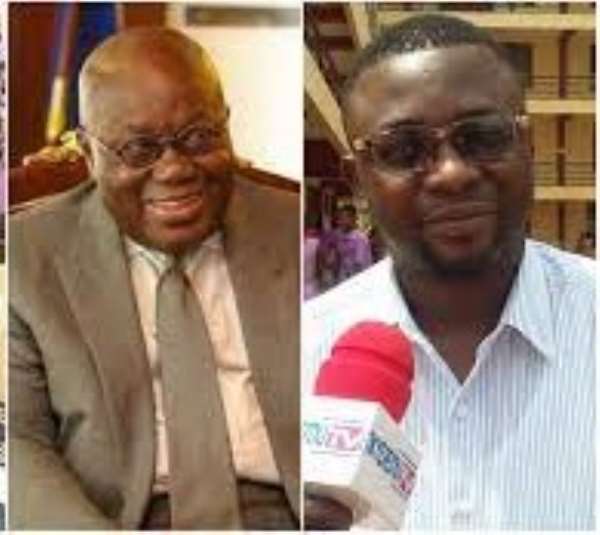 The outgoing Techiman North District Chief Executive (DCE), Hon Peter Mensah has pledged his loyalty to the party and President Akufo-Addo despite not being retained.

He has congratulated his successor, Mr Everson Addo Donkor, the President’s nominee and promised to support him in his work.

Whilst thanking the President for giving him the opportunity to serve in his government, outgoing DCE also stressed that the bigger picture is for the party to win the 2024 elections hence his resolve to support the new nominee.

In a statement issued and signed the Hon Peter Mensah said, the New Patriotic Party (NPP) was a big family, therefore, the nominee must be given the full support by members to succeed.

This was after the Minister for Local Government and Decentralisation, Dan Botwe on Sunday, September 20, 2021, announced Mr. Everson Addo Donkor as the new DCE for the Techiman North District.

"I wish to pledge my unflinching support to the new DCE nominee whilst also thanking the good people of Techiman North District for their support and prayers during my tenure as the DCE," Hon Mensah pledged in the statement.

He continued, “As usual, my loyalty to the President Nana Addo and New Patriotic Party is not shaken by what has taken place. We can continue counting on Mr Peter Mensah as usual because it is the party first, thank you all very much.

"I must say that it was refreshing serving under a great leader like the President and through his guidance, I learnt a lot in terms of local governance."

Hon Peter Mensah expressed gratitude to the people especially traditional rulers and heads of departments in the district for their unflinching support during his eight-year tenure.

“There is always a purpose for everything that happens, so let's all give the president nominee maximum support," Mr Mensah stated.

He urged all the Assembly Members to throw their weight behind Mr Everson Addo Donkor to endorse him overwhelmingly as the District Chief Executive.

Hottest Photo Reports
Catch up with all the political quotes from our politicians.
Advertise here
More NPP News
ModernGhana Links
A/R: Am your Messi, kick me out from NPP and you'll suffer like Barcelona in 2024 – Chairman Wontumi warn delegates
'We can't complete all E-blocks at once; we came with our own agenda' – Former Adentan NPP PC
Fuel price hikes: NPP's ghost haunting them – Victor Quarshie
Collins Nuntwiri Nuamah set run for NPP’s National Treasurer , Gets Resounding Reception Across Country
Anti-gay bill: Our numbers have reduced from 15 to 8, NPP MPs asked to stay away — Dafeamekpor
No machinations will break ordained Alan as NPP choice for 2024 – Spokesperson
Don’t give literal meaning to Akufo-Addo’s response to Torbgui Fiti — NPP MP
Aflao E-block was 23% complete when NPP took over, it’s now 96% — MP
The key to NPP breaking the 8 is with the delegates — Ben Ephson
TOP STORIES