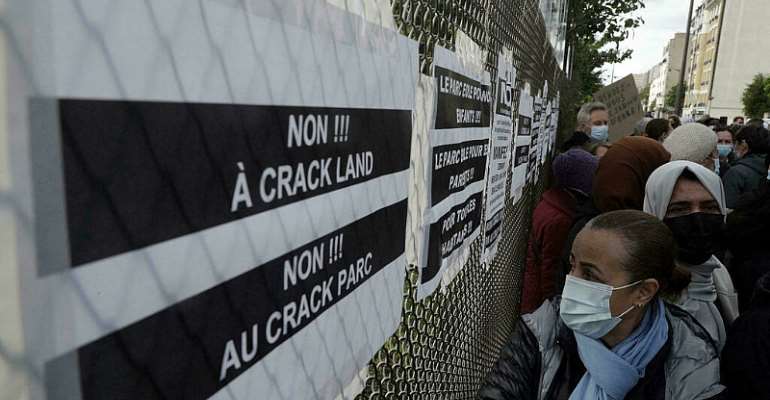 French prime minister Jean Castex has given the green light for the creation of new centres in Paris where people can safely inject, smoke or ingest drugs under medical supervision. The agreement comes after months of negotiations with city officials who are facing an influx of crack users in the north east of the city.

"The state will support the creation of these centres, providing the appropriate type of venue is found," prime minister Jean Castex wrote in a letter, in response to a request earlier this year from Paris' Mayor, Anne Hidalgo, who is running as candidate in next year's presidential elections.

Castex said the centres will "offer users a place where they can recover and receive quality help to give up drugs."

The north east of Paris has seen a concentration of crack dealers and drug users from across Europe who consume openly in the streets and parks. A by-product of cocaine, crack is extremely addictive and cheaper than cocaine.

In May, police and the local city council opened a park in the 19th district to drug users, to keep them off the streets and reduce noise and disturbance for residents.

But it was only a temporary measure, and dozens of users continue gather in the street, buying and using openly.

Only two safe sites in France

Since 2016, two structures have been running under the pilot scheme - one in Paris, and one in Strasbourg, in eastern France.

The non profit organisation Gaia Paris, which had already been running clean needle exchanges since 2013, opened France's first safe injection site in 2016, in the 10th district, near the Gare du Nord train station, which is a hub for the European drug trade.

Jamel Lazic, head of operations for the safe injection room, told RFI that the proposal to extend the programme is both necessary and logical.

He points to the fact that other European cities have adopted the concept, and that the introduction of a safe injection room around Gare du Nord has lead "to a 50 percent drop in the number of syringes left lying around in the streets" around the station.

Lazic says that the government proposal will start to address the current crack crisis, as one of the problems lies in shunting users around from one temporary place to another, which provokes tension with local residents, and has been exacerbated by successive Covid lockdowns.

The new sites would ease the burden on associations like Gaia, because it would offer not just injection rooms, but an inclusive, long-term solution for a dire social problem.

The plan to open more centres is not without controversy. It has already created a rift in the government, between the hardline position against drugs adopted by the interior minister Gérald Darmanin, and that of the health minister Olivier Véran, who says the exercise has been "positive" so far.

Responding to criticism from right-wing politicians, who see it simply as a "shoot up" room for addicts, Hidalgo has defended her project as a global one which provides health care, accommodation as well as safe and clean spaces in which to consume while getting medical and social advice.

"The approach put forward by the city, combining safer drug use, and a detox facility are finally part of a political consensus," he said in a statement.

Hidalgo's proposal includes two sites near Grands Boulevards, in the 9th district, one of which will be operational before the end of the year. A third is to be dedicated to female drug users in the 19th district.

The town hall however accepted to drop the suggestion of a fourth venue in the 20th district, which is next to a school, described by Castex as "an obvious difficulty”.