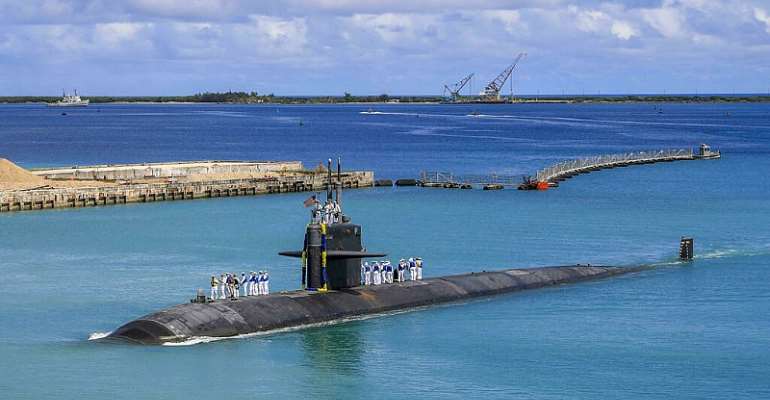 Australia's scrapping of the "contract of the century" with France in favour of a trilateral security pact with the US and UK has also seen the scrapping of a gala event in Washington Friday that was intended to celebrate the Franco-American friendship.

The dust has yet to settle on Canberra's surprise decision to terminate a 56 billion deal with submarine maker Naval Group – a move described as a “stab in the back” by French Foreign Minister Jean-Yves Le Drian.

"We had established a relationship of trust with Australia … This trust is betrayed,” Le Drian told France Info TV.

“What also concerns me is the behaviour of the Americans – this unilateral, brutal, unpredictable decision. It looks a lot like what Mr Trump would do.”

Warnings
While France claims to have been completely blindsided, Australian Prime Minister Scott Morrison on Friday said he had warned French President Emmanuel Macron back in June the deal was in at risk of collapse because of cost blowouts and delays.

A report by Politico said the project had been in trouble for years, and the delays meant Australia risked being left without proper defence capabilities given their existing Collins class submarines were to be retired in the next five years.

Australia was also worried that cyber attacks on Naval Group would undermine the top-level security it had demanded for the deal, which was for France provide a fleet 12 Barracuda submarines.

Instead, the new alliance announced with the US and the UK – known as Aukus – will see Australia commission at least eight nuclear-powered submarines, at a cost that has yet to be revealed.

Meanwhile the compensation penalties to be paid to Naval Group are estimated by the Australian press at around 250 million euros.

Diplomatic fallout
US Secretary of State Antony Blinken on Friday said France remained a vital partner in the Indo-Pacific as he sought to contain the diplomatic damage.

“We cooperate incredibly closely with France on many shared priorities in the Indo-Pacific but also beyond around the world,” Blinken said.

“We're going to continue to do so. We place fundamental value on that relationship, on that partnership.”

Legacy of 9/11, when France stood by America to become the 'best of enemies'

Coincidentally, just hours before Aukus was announced, the European Union presented its strategy in Brussels to strengthen ties with Indo-Pacific countries.

For Europe, the Indo-Pacific region represents 12,000 billion euros in annual investments and is the EU's second largest export market.

The bloc's foreign policy chief, Josep Borrell, said Aukus was a timely demonstration of the need for an autonomous European strategy in the Indo-Pacific.

“The world's centre of gravity is shifting to this region,” he said.

Akufo-Addo government most lawless Ghana has ever had – Nyah...
31 minutes ago

A/R: We don't want a Chairman who display gold on TV but neg...
53 minutes ago