‘Forgive Owusu Bempah, he helped you to win power’ — Nigel Gaisie to NPP 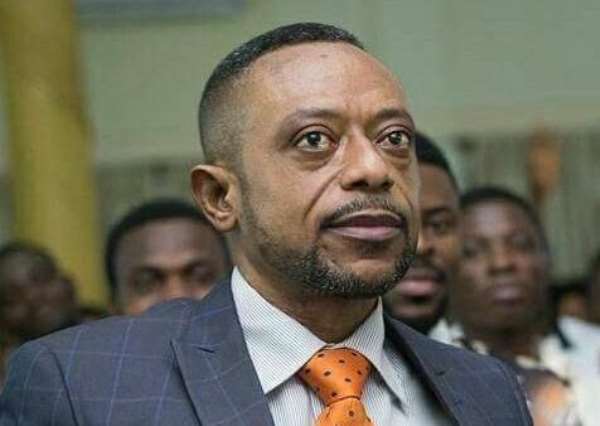 The founder and head pastor of the True Word Prophetic Fire Ministry and Prophetic Hill Chapel, Prophet Nigel Gaisie, has asked government to temper justice with mercy in its handling of the Head Pastor of the Glorious Word Power Ministries International, Rev. Isaac Owusu Bempah.

Mr Owusu Bempah was arrested with four others for allegedly assaulting some police personnel.

Speaking on Accra-based Okay FM, the controversial preacher said the governing New Patriotic Party ought to be gracious and consider the support it has received from Rev. Bempah in the past.

“Considering what he has done for them [NPP] to come back to power, it cannot be compared to the people whose toes he may have stepped on.”

“If you weigh the two, his positives outweigh the negatives. He helped them [NPP] win power… we cannot underestimate the impact of Owusu Bempah in the re-election of Nana Akufo-Addo and Bawumia,” Prophet Gaisie said.

Rev. Bempah was arrested alongside four other suspects.

According to police, they were arrested for creating and circulating multiple videos containing threats, and the brandishing of a weapon, and the assault of some police personnel.

Two other suspects are said to be on the run.

Controversy continued when Rev. Bempah was arraigned on Monday at a Circuit Court in Accra.

Hottest Photo Reports
Catch up with all the political quotes from our politicians.
Advertise here
More Headlines
ModernGhana Links
Bosomtwe: 12-year-old boy allegedly escapes from kidnappers at Feyiase
“Vaccines As A Tool For Immigration Control Is Retrogressive” – Akufo-Addo
“Admit AU in G20 Group of Nations” – Akufo-Addo
“Ghana Will Defend Democracy And Constitutional Rule” – Akufo-Addo
Kufuor didn’t sideline Aliu Mahama on ethnic grounds – Kwadwo Mpiani
You must be encouraged and supported for not being a spectator — Bagbin commends #FixTheCountry Movement
2021 PHC: Greater Accra beats Ashanti Region to become the most populous region in Ghana
Your insatiable taste to travel in another luxurious jet to US is utter disrespect to Ghanaians – Group blasts Akufo-Addo
Family and friends gov’t accusation against Akufo-Addo may be true – Kwadwo Mpiani
TOP STORIES