G7 leaders to meet on Afghanistan, rally support for refugees 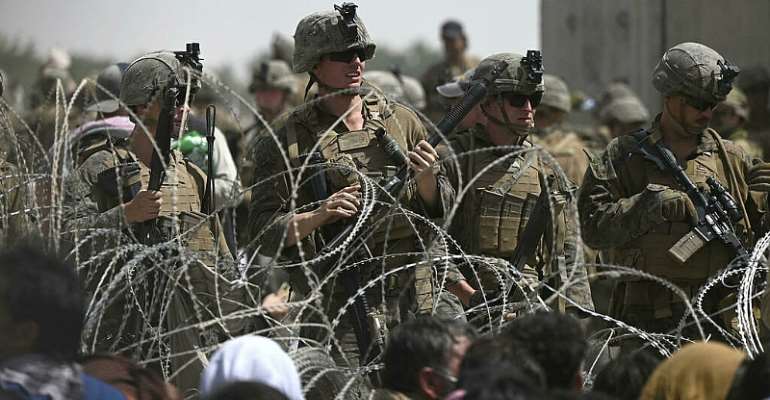 G7 leaders are to meet this Tuesday for urgent talks on Afghanistan amid accelerated efforts to evacuate thousands of foreign and Afghan nationals from Kabul airport.

The summit, to be held virtually, was called by British Prime Minister Boris Johnson, whose country holds the rotating presidency of the "Group of 7" wealthy nations.

"It is vital that the international community works together to ensure safe evacuations, prevent a humanitarian crisis and help the Afghan people protect the gains of the past 20 years," Johnson said on Twitter.

Taliban militants seized control of the Afghan capital last Sunday, ending their lighting advance across the country that has caused civilians and government officials to flee.

Mass evacuations
Western governments have spent the past week orchestrating a mass evacuation of their citizens, as well as Afghans who have become targets for the Taliban after working with foreign governments.

G7 foreign ministers have already called on the Taliban to guarantee the safety of those wanting to leave, stressing the need for “all parties to respect international humanitarian law".

Johnson is expected to lobby US President Joe Biden to keep US troops at Kabul airport beyond the end of August, as thousands of people continue to flock there in the hope of boarding a plane.

The Taliban, who are tightening their grip on the area surrounding the airport, say the United States is to blame for ongoing chaos that has seen at least seven civilians trampled to death.

On Monday the militants warned of "consequences" if the US and its allies extended the presence of their troops beyond next week.

Refugee pledges
Britain has said it would take in 5,000 Afghan refugees this year and a total of up to 20,000 over five years – and called on other countries to match its commitment by “offering a lifeline to Afghanistan's most vulnerable people”.

European Commission President Ursula von der Leyen said funds would be given to EU countries who resettle Afghan refugees. She also said the commission would look at boosting its €57 million humanitarian aid budget for Afghanistan.

France, US have a 'moral duty' to help those in danger to leave Afghanistan

Von der Leyen stressed the need for non-EU countries to step up efforts to help Afghan refugees, adding that she would raise the issue with G7 leaders this week.

Paris solidarity march
Hundreds of Afghan refugees turned out in central Paris on Sunday to denounce a lack of French support for Afghans in danger, and to plead for help for their families back home.

"A humanitarian catastrophe is unfolding,” said protest organiser Reza Jafari, head of the association Children of Afghanistan and Elsewhere.

“We must prevent it now, open humanitarian corridors so that people who want to leave can leave."

The demonstration was in response to last week's speech by President Emmanuel Macron, who warned that Europe would need to mobilise against an influx of migrants.

"But instead of talking about people in danger, he abandons us and talks about fighting against waves of refugees.”

So far France has evacuated some 850 people from Kabul to Paris via its air base in Abu Dhabi.