Prediction: About 50% of the government's Agenda 111 may likely suffer serious upset beyond 2025 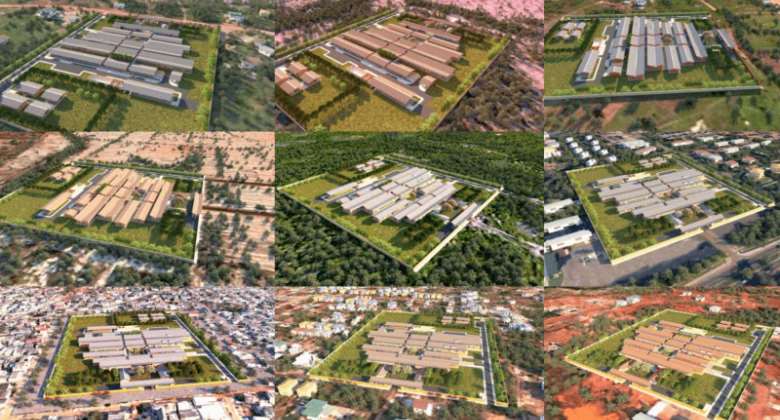 Agenda111 is government's agenda that intends to build a hundred and one hospitals in some regions and districts across the country. A good initiative meant to boost the health sector to meet the health needs of our people especially in the wake of this pandemic era but historically, the fate of this project is bleak.

An unexamined life is not worth living according to Socrates. It is therefore imperative to draw attention to some semblance of what could be described as a 'repetition of historical mistakes' that only serve to underdevelop our nation due to the unconscionable extent to which development projects of previous governments become white elephants just because there has been a change of government.

Paradoxically, the issue has gotten nothing to do with the oblivion on the part of our political actors whose duty it is to take a definitive decision on matters of continuity of development projects to put to good use of the huge capital that is sank into such projects.

In fact, the awareness of this problem begins way back in form 3 of Junior High School (JHS) where under the topic, 'development problems in Ghana', the student learns about the problem of lack of continuity as a major development problem in Ghana in Social Studies.

Therefore, it cannot be that politicians of both NPP and NDC faction do not know the impact the discontinuity of such projects has on the national purse and also on the socio-economic well-being of the citizenry. This is because not a single of our politicians is below the level of JHS on the educational ladder. Many are those whose educational qualifications ranges from first degree to Master of Philosophy, lawyers, and professors alike.

Now, back to the core of this discussion, we are replete with examples of abandoned development projects which predate Mahama and Akufo-Addo and one of such examples is the Affordable Housing Project during Kufuor' era. It is trite knowledge, how this project was abandoned to serve as comfortable homes for lizards and reptiles in general during the Atta Mills led NDC.

Saglemi Housing and the 200 Community Day Senior High School Projects, all under Mahama, were neither spared this discontinuity problem under Akufo-Addo's government. It is instructive to understand that an unidentified problem cannot be solved. So, what is the cause of this problem of discontinuity?

To begin with, the competition of the two major political parties to outwit each other by claiming ownership to development projects carried out on the sweat of hardworking Ghanaians is the root cause of this problem. Most projects continued and completed in Atta Mills' era is Kufuor's legacy and invariably, all uncompleted projects in Mahama's era continued and completed in Akufo-Addo's era is Mahama's legacy.

Therefore, what legacy is ascribed to the ruling government that decides to make good use of the money sank into such uncompleted projects of previous administrations becomes the lingering question, the answer out of which, the incumbent government begins to find ways to initiate projects that are of their own, by their own and for their own credit and this is very important especially in the wake of an impending general elections, to them.

Again, one other factor that is responsible for the abandonment of such projects is the fact that most capital-intensive projects in of respect hospitals, roads etc are carried out during the last term of the political party in government which does not allow it enough time to complete them, especially when the contractors of such projects fail to complete within the time frame of the contract.

Also, anytime the opposition raises concerns on transparency underpinning the contracts of such capital-intensive projects hoists a flag of a possible discontinuity when power changes hands. Examples of such instances are the Kufuor's Affordable Housing and Mahama's Saglemi Housing Projects all of which suffered on account of transparency.

Invariably, comments generated from key actors of the opposition NDC so far on the Agenda 111 coupled with the fact that this project is being started in the last term of Akufo-Addo and also the fact that ' breaking the 8' is almost a subject of impossibility, at least with benefit of the history of the 4th Republic, cast a gloomy fate for this Agenda 111 projects should some remain uncompleted beyond the 2024 general elections.

According to Opoku Prempeh from Graphic Online publication on May 7, 2017, NDC built 46 out of the 200 Community Senior High Schools. Again, a 3news.com cited in ghanaweb.com publication of March 12, 2021, reveals that only 28 of Mahama's E-Blocks are competed under Akufo-Addo's government.

Now, the sum of 46 and 28 gives us 74 fully completed E-Blocks from Mahama and Akufo-Addo combined if the figures from the sources above are anything to go by. The lingering question is what has happened to the 126 uncompleted ones. Your guess is as good as mine and the figures from the above data in percentage terms gives as a proportion of a paltry 37 % completed to a whopping 63% uncompleted E-Blocks, thanks to lack of continuity.

From the analysis above, if the Akufo-Addo's government fails to deliver them before the end of his tenure in 2025, it would be an act of magnanimity on the part of anyone who predicts that about 50% of them will suffer yet again, abandonment to the detriment of the poor taxpayer as was the same story with the 63% uncompleted Mahama's E-Blocks from the analysis.

The advice therefore is for any government seeking to undertake capital intensive projects to begin the actual construction from first term in order to complete before the second term ends.