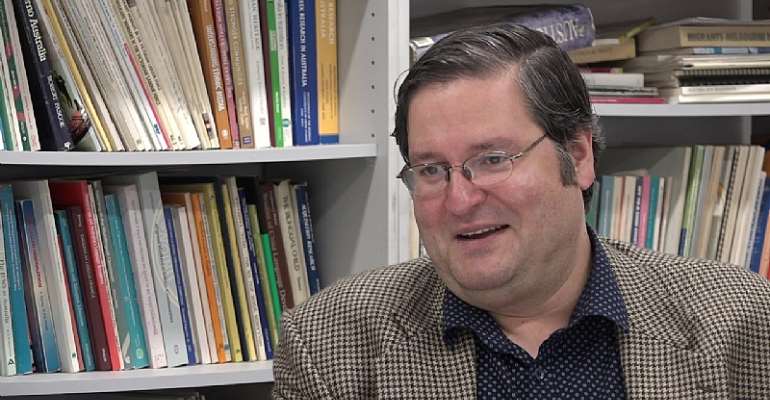 This week, Twitter was keen to share the news about its new arrangement with The Associated Press and Reuters “to expand our efforts to identify and elevate credible information” on its platform. The company reiterates its commitment that people using its service are able to “easily find reliable information” hoping to “expand the scale and increase the speed of our efforts to provide timely, authoritative text across the wide range of global topics and conversations” taking place on the platform each day.

The global head of user-generated content at Reuters, Hazel Baker, was businesslike in describing a partnership that would “leverage our deep global and local expertise to serve the public conversation with reliable information.” Tom Januszewski, Vice President of Global Business Development at AP, was “particularly excited about leveraging AP’s scale and speed to add context to online conversations, which can benefit from easy access to the facts.”

Such promises to “leverage” could well have been matched to any shadowy information department from the Cold War with the express purpose of ensuring what news was consumed when and by whom. Twitter will seek help from the two newswires “where facts are in dispute or when Twitter’s Curation team doesn’t have the specific expertise or access to a high enough volume of reputable reporting on Twitter.” Those using the platform “can expect more Trends with contextual descriptions and links to reporting from trusted sources more frequently.”

Bringing aboard these news giants is no guarantee that the text and information provided will be authoritative, credible or reliable. News wires are not immune to being disseminators of inaccurate information, or information that is slanted in favour of a power or interest. Often, they hide behind their reputations even as they ventriloquise different interests and planted narratives.

Take Reuters, which, by its claim, “shall supply unbiased and reliable news services to newspapers, news agencies, broadcasters, and other media subscribers and to businesses, governments, institutions, individuals, and others with whom Reuters has or may have contracts.” In 1941, the company created its Trust Principles in agreement with The News Paper Proprietors Associated Limited and The Press Association Limited. These imposed obligations on the organisation and its employees to “act at all times with integrity, independence, and freedom from bias.”

Noble in print, the practise did not always stack up. In 1969, a British government document available in the National Archives called “Funding of Reuters by HMG” (Her Majesty’s Government) also outlined an agreement with Reuters to do the sort of thing that has become popular at Twitter: curate the news.

The way that curating would take place was what mattered. “We are now in a position to conclude an agreement providing discreet Government support for Reuters services in the Middle East and Latin America”. The interests of HMG “should be well served by the new arrangement.” The negotiations with the news outlet were led by the anti-Soviet propaganda unit known as the Information Research Department. “The new relationship established with Reuters in the Middle East and Latin America,” John Peck, former head of the IRD notes in the documents, “can lead to valuable goodwill and cooperation with the Agency on a global scale.” Reuters “could and would provide” what the government needed.

The scheme also brought in that other paragon of objective journalism, the BBC, which paid an “enhanced subscription” to Reuters, which was then going through a financially lean time. That money was duly recouped from the Treasury’s purse. Knowledge of this arrangement, approved by the BBC’s head of external services Sir Charles Curran, was kept to a select few.

With these revelations, Reuters was keen to regard this practise as not only normal but acceptable – at least historically. “Many news organisations received some form of state subsidy after World War Two,” was the weak explanation from the wire’s spokesperson David Crundwell. The arrangement, he claimed, “was not in keeping with our Trust Principles and we would not do this today.”

The BBC, through a spokeswoman, similarly said that, “The BBC charter guarantees editorial independence irrespective of whether funding comes from the UK government, the license fee or commercial sources.”

Much of this is wishful thinking. Such working understandings have not ceased in the post-Cold War era. If anything, the misinformation and disinformation stakes have reached a new frontier, pullulating with contenders. Max Blumental, editor of The Grayzone, revealed last February that Reuters and the BBC had been sponsored to engage in a covert information warfare campaign against that old adversary Russia. This involved a collaboration with the Counter Disinformation & Media Development (CDMD) section within the UK Foreign and Commonwealth Office (FCO). Media organisations worked alongside various intelligence contractors, training Russian journalists under the Reuters umbrella to produce “attitudinal change in the participants”. The aim, fluffily put, was to produce a “positive impact” on their “perception of the UK.”

The development tracker of the UK government also reveals that the CDMD programme involves working with various partners “to enhance the quality of public service and independent media (including the Russian language) so that it is able to support social cohesion, uphold universal values and provide communities across Eastern Europe with access to reliable information.”

Twitter’s response to Blumenthal’s work is a sign of things to come. Providing its own idea of context to the article, the platform placed a warning on all tweets linked to it. Far from discrediting the sources used, the message simply went on to warn that the documents used “may have been obtained through hacking.”

As for Twitter, we already know about executive connections between its operations and the military-intelligence establishment. In 2019, the Middle East Eye found that Gordon MacMillan, a senior executive with editorial responsibility for Middle East matters, was also moonlighting as a reservist for the 77th Brigade, the British Army’s psychological warfare unit established in 2015 to find ways of waging “non-lethal” war. According to General Nick Carter, the unit’s primary task is to conduct research into “information warfare” and give the British military “the capability to compete in the war of narratives at the tactical level”.

The battle against misinformation can very often become a battle against information you do not particularly like or want people to access. The line on this is not always clear, though hope springs eternal that the marketplace of ideas, to use that increasingly empty expression, can sort the wheat from the chaff. Twitter’s calculating pivot towards this new information landscape shows a new strategy to anchor itself in an ecosystem already marginalising independent journalism. In doing so, it is courting the high priests who determine what counts as news and what doesn’t. Soon, a sanitised platform will simply be code for a censored one.