The Shallow Reasoning of the Anti-Gay Cronies 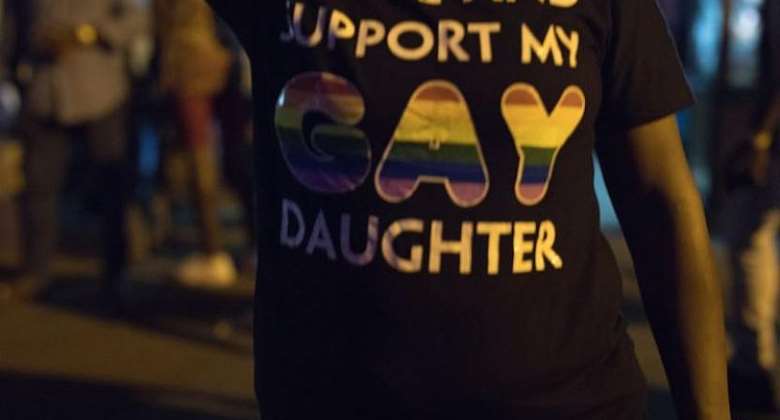 I have to return to the matter of the anti-gay legislation being propounded by seven or so members of Ghana’s parliament, and which is now pending before Ghana’s legislative body.

If one reads the proposed legislation, which I believe most people have not read, or if they have read, do not understand, the sense one gets is firstly the fraudulent attempt to align the ill-intended legislation to accord with international law. The first attempts they make is to assign blame for the spread of AIDS to homosexuality. It states categorically that the gay community is responsible for the spread of AIDS, thereby attempting to establish a nexus of harm to the community by this long discredited claim.

Then comes the greatest mischief of all: The anti gay cabal have asserted international laws against discrimination as the very reason why they want to promulgate the law. They are saying that the gay people are discriminating against the majority of the masses by engaging in advocacy and the promotion of their sexual orientation. Therefore the law is being revised to protect the majority's interests.

This is a pedestrian act of legal gymnastics, because in reality, the international laws against discrimination were actually promulgated to protect minority communities like the gay community in whose interest the law was established. Either through ignorance or utter mischief, this international law is now being cited by the anti-gay goons to support a law persecuting gays.

Then comes a series of ignorant argumentation on procreation which is often made by the anti-gay minions: That if those gay people’s parents had been gays, would they have been born? In the first place, human sex has nothing to do with procreation. We are animals but not quite like animals. We have sex for enjoyment or for recreation, not necessarily for procreation, and indeed, in most instances, the procreation aspect is an inconvenience to us. Therefore, it is a naïve and offensive presumption to purvey the moribund notion that people engage in sex because they want to have children. People who cannot, or will not, have children have the human right to enjoy sex without breeding children.

And while at it, if those people who project procreation as a lynchpin of the sexual act will adopt many of these millions of children roaming aimlessly in the streets of the world without parents, they might succeed in backing their words with action as to why our world should expand its population in the midst of shrinking resources and diminishing opportunities. As the situation stands right now, we are an endangered species not because of the threat of extinction, but because of the danger of over-population.

But then, it is all about mischief really: Just as nobody can define or explain what he means when he speaks of Ghanaian tradition or customs or culture! As I always point out, Ghanaians have no culture and tradition or customs that are unique to us per se. Our gods are long dead and gone, permanently supplanted by a foreign God of a foreign people with whom we share no ancestry, but whose prophets have become our prophets, and whose edicts are adopted as our own. Our children are named after them. Our marriage rites are adapted to their taste. Our food derives from their recipe. Our education system is established to train us in the acquisition of their taste. We no longer wear our raffia skirts or dance with our cow-tails and whiskers. Our women want to look like them, with their fake wigs and bleached skins, and tight jeans and dresses. We are a corrupt people with very little morality or ability to reason well and to eschew dishonesty and untruthfulness. We are hypocrites and parasites, people who regard compassion and righteousness as a kind of naivety and stupidity. We purvey unscrupulous religious notions as a crutch to our spiritual ineptitude………..So where are the traditional values that we cite so eloquently?

I have stated elsewhere that the only time we talk about these values and customs is when we are looking for these gays to lynch. It seems that we cannot be too much bothered about the rot and filth in our communities, but rather prefer to threaten people in their homes whose acts don’t harm us or threaten us in any way in our own homes!

And talking about threatening people in their homes reminds me of Alban Bagbin, one of these anti-gay cronies who accused some people of threatening the proponents of the anti-gay laws in their own homes! I said to myself when I read the complaint, “Welcome to the daily reality of the gay community!” You are busy drafting laws to threaten people in their own homes while obliviously complaining that people are threatening you in your own home. The Speaker of Ghana’s Parliament is indeed a bundle of contradictions and repugnant conduct, insofar as he used the cultural cover of his people to commit incest by sleeping with his wife’s sister. Of course, the laws of Ghana abhor that, but he was able to jump through the hoop, citing the mantra of a disgusting culture. That is where you get to when you follow culture and tradition.

There is also Sam George, who is one of the anti-gay cronies. He is a member of a church that touts daily miracles, much against Holme’s very intellectual position that there is no such thing as a miracle in existence. Sam George also recently complained that he had been accosted and threatened by the Australian ambassador. He naively forgets that these things are reciprocal, and that his threatening posture against the gay community justifies any form of threat to his person: If you make false claims and exaggerated insults against the gay community, be at least realistic that those emotional posturing will have the requisite blowback. It is called self-preservation.

No gay is required by any law to sit aloof and be lynched! And notwithstanding that in the infantile mind of that law-maker, he is not trying to criminalize homosexuality (Read his strange view on that topic in a publication on ghanaweb on July 31, 2021), his posturing constitutes the greatest assault yet on the gay community which should put them on a war footing. You want to call a law that abridges the freedom of association and incarcerates gay and lesbian advocates to long terms of imprisonment not criminalizing homosexuality? Keep on believing in your own myth George!

And talking about exaggerated claims and hyperbolic rants reminds me of the irony of this gay crony called Foh-Amoaning. He recently described gay people as leaking sores and blood from their anuses. This scatological hyperbole led me to wonder which gay person opened his or her anus for him to inspect; or what he was doing gazing into those anuses if he were not gay himself. After all, some gay people are known to be publicly strident in their hatred of gays, just like Foh-Amoaning!

And when Foh-Amounting ignorantly talks about Ghanaian culture and values being against gay acts, I wonder if he would rely so much on the cultural mantra if he were born in Kenya. There, albinos like him fall under the knife in human sacrifices in superstitious rituals. And that is their culture!

I know that the charade of this anti-gay bill will continue in the press. But the way I see it, it will help the gay cause: It has brought into sharp relief the atavistic ironies inherent in the shallow minds of the people. It is also an area rife with the comedy of high level ironies and contradictions, wherein people are pointing fingers in situations where they are themselves guilty and vulnerable. In the end, this exposure given to the gay behavior is the very thing that will speed up its legalization.

For, when the international sanctions hit Ghana’s economy hard, and the hypocrisy of the anti-gay cronies are consummated in the nation becoming a pariah and backward country with international stigmatization……….When the futility of their effort and the great loss of respect descend on our heads, they anti-gay cronies will wake up from their soporific stupor and laugh at the wrong sides of their mouths, discovering to their utter shock that we are all indeed Gaynians in an ironically hypocoristic sense!

The more we sink into debt and become poorer, the more money...
4 minutes ago