E-Levy will not help much, but taxing religious organizations will help much 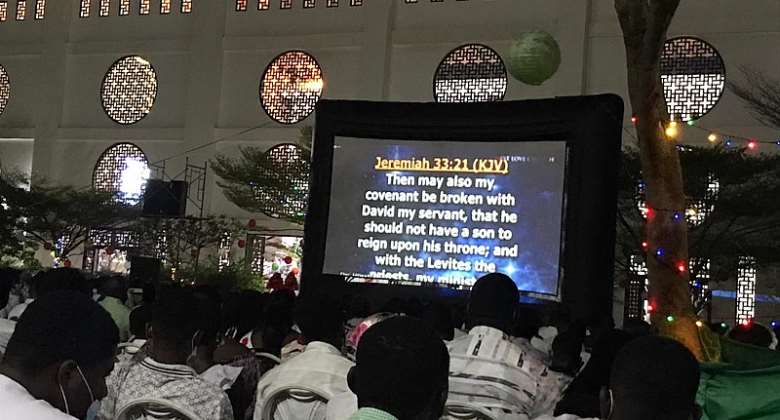 The notion that the E-Levy, recently passed, will do much to turn the economy around is as illusory as the thought that somehow, reducing the salaries of a few government appointees, or reviewing the import of V8s, or foregoing a few benefits of Members of parliament, or reducing the number of ministers in the country will turn the economy around. There is nowhere in the world where taking the above measures has ever turned the economy around. The conventional wisdom is that any state worthy of its status ought to be able to reward its leaders adequately; and if a nation is unable to reward its leaders and officers adequately, then it is not fit to exist.

There is a presumption in political administration that all nations ought to reward their leaders adequately and attractively if only to dissuade them from any other distractions that will take their attention away from other prospects unconnected with their functions. Even Plato asserts this in his utopian society as described in his book called “The Republic”.

The E-Levy itself will not do much for the country because it will keep the status quo intact and recycle the pool of resources already present in the economy for governmental ends. The new tax will generate revenue from an already present currency resources within the system and enable government to redistribute it via its projects and programs. To use a familiar Biblical parlance, the E-Levy Tax regime is like robbing Peter to pay Paul. It is merely allocating the economic resources of the people into the government’s hands for a modicum of development which might as well have been initiated by the people themselves. That is why I say that that tax regime is a futile effort at applying temporary balm on a festering sore.

And as to this sore, a better alternative would have been to tax the churches and religious organizations. These institutions are the low hanging fruits which should have been plucked to plug the deficit within the economy which they themselves have created. The churches and mosques and shrines are inveigling the minds of the people and exploiting them without providing any commensurate function within the economy. And so it is a huge irony that they do not pay any taxes. They are infecting the brains of the people with harmful lies that no matter how much they sin, their sins will be forgiven by paying tithes to the church. They are making fake promises of heaven to the people if only they have faith that somebody was stripped naked and offered as a sacrifice on the cross to atone for their past, present and future sins, and that that same person will descend at some future time to make all thigs good and dandy. They point to ancient books chronicling ancient thinking and encourage the people to follow these moribund ideas.

All these abominable propositions are at the corner stone of the nation’s downfall; because we operate a full church economy where liars and charlatans are misleading people, encroaching upon their cognitive abilities and taking huge amounts of untaxed money from them.

The economic hardship in the country is therefore traceable to the fact that we operate, or permit to be operated a dangerous religious economy feeding the ignorant masses with fantasies while enjoying its tax free status.

If we do not have the stomach to destroy these religious institutions, we can at least tax them out of existence. And this time, the government would have been tapping into a huge reserve of funds that has hitherto been lying dormant and unapplied for any discernible developmental projects. Taxing the religious organizations therefore picks up huge reserve of funds that are often little used or abused, and redirects it for national development.

Our religion has encased primitivism in our brains as holiness and devotion to God. We communicate to God in unintelligible gibberish which makes us feel good.

We should totally and finally destroy all religious faith, overhaul our education into critical thinking, creativity and innovation, and effectuate a paradigm shift in our economy, processing and producing those things we can consume and use.

And if we are too afraid to do this, we should at least have the guts to tax them heavily in order to release all these resources held in dormancy.

In the end, as I have always posited, the real panacea of our economic woes will lie in the paradigm shift of our economic fundamentals. At present, these are based on the production of robber crops and minerals that only destroy our lands and sea and rivers. But while busy figuring out this, we can tax the religious institutions that are destroying our minds.

Come out and declare your commitment to fight against galams...
1 minute ago