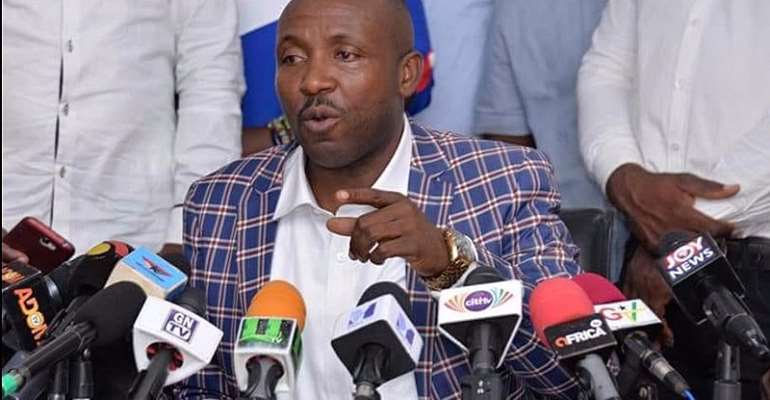 The General Secretary of the ruling New Patriotic Party (NPP), John Boadu, says the team that was put together to vet Metropolitan, Municipal and District Chief Executive aspirants has completed its work and submitted its report to the President.

In explaining what accounted for the delay in settling on the selected persons, he said the committee needed to have a fair balance of experienced hands together youthful ones, as well as those who were on the ground.

“The committee has finished and presented its report to the president. There is the need to ensure gender balance, the infusion of youthful people, and also to respond to local dynamics and ethnic backgrounds as well.”

Many Ghanaians have expressed disquiet over the long delay in the appointment of MMDCEs.

One of such persons is the Member of Parliament for Banda, Ahmed Ibrahim.

He believes Ghanaians are losing as a result of the delay in the appointment of MMDCEs as it affecting local governance.

“The ordinary Ghanaian is losing out because of the inability of the President to appoint MMDCEs,” Mr. Ibrahim said in a Citi News interview.

He stressed that “as soon as possible, he [President Akufo-Addo] must appoint MMDCEs all over.”

Mr. Ibrahim, the Ranking Member on the Local Government and Rural Development Committee of Parliament, said certain infrastructural projects require the attention of the local assemblies.

“The people are suffering because of the inefficient or ineffective way of appointing the MMDCEs. If the MMDCEs were to be at post, the President would have sent the first quarter and second quarter funds for people to be benefiting.”

What does the constitution say about these appointments?

Per Article 243 (1) of the 1992 Constitution, the District Chief Executive for every district shall be appointed by the President with the prior approval of not less than two-thirds majority of members of the Assembly present and voting at a meeting.