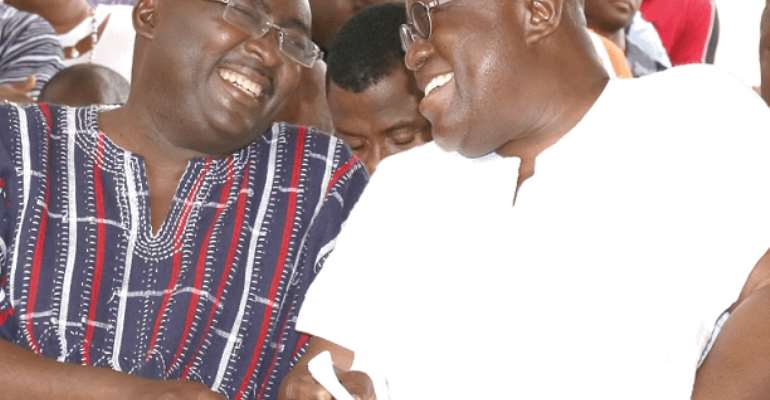 Minority Ranking Member on the Finance Committee of Parliament and MP for the Ajumako Enyan Essiam Constituency, Dr Cassiel Ato Forson, has said the Akufo-Addo/Bawumia government is responsible for 60% of Ghana’s current public debt if data gathered up to the end of 2020 were to be used.

Speaking at the first in the series of Policy Dialogues to be organized by the Minority at the University of Professional Studies Accra, Dr Forson, said out of Ghana’s Public debt of GHS 291 billion as of December,2020, President Akufo-Addo’s tenure accounts for GHS 171.22 billion representing 60%.

He said the completion point of the HIPC initiative brought total debt relief of GHS 5.5 billion which reduced President Kufuor‘s end period contributed to the public debt to a little over GHS 800 while President’s Atta Mills and Mahama added GHS 26.2 billion and GHS 84 billion respectively.

The current debt position he explained placed the country on an unsustainable trajectory requiring urgent measures to address.

Dr Forson cautioned that unless far-reaching measures were introduced to stem the current tide, Ghana could default on its debt service obligations and fall deeper into economic crisis.

The ranking member explained that Government’s reckless borrowing is to blame for the economic failures that have led to an unprecedented 15.2% deficit and an asphyxiating debt overhang.

According to Dr. Ato Cassiel Forson, Ranking Member of the Finance Committee of Parliament and former Deputy Minister of Finance, desperate efforts by the Akufo-Addo-Bawumia administration to fault COVID-19 for its self-inflicted mismanagement are simply excuses to escape responsibility for its failures.

"A careful analysis of key debt sustainability indicators provides ample evidence that, prior to COVID-19 (i.e. before March 2020) Ghana's public debt was on an unsustainable trajectory."

He said the hardships Ghanaians face are the direct consequences of mismanagement of the economy and populism of the administration by the Government.

Using extensive Government-issued data to back his assertion at a press confab Monday, the Minority said beyond more than doubling the inherited debt from independence from GHc 120 billion to over GHc 291 billion in its first term, the Akufo-Addo administration worsened Ghana's debt to GDP ratio by hiking it from 56% in 2016 to 76.8% by end of year 2020. This was against the fact that the NPP in opposition faulted the NDC for operating at 56%, which was below the recommended threshold of 70%.

"At the end of 2020, Ghana's Total Public Debt was more than five times its Domestic revenue", Dr Forson noted.