Political deviations: What is the way forward? 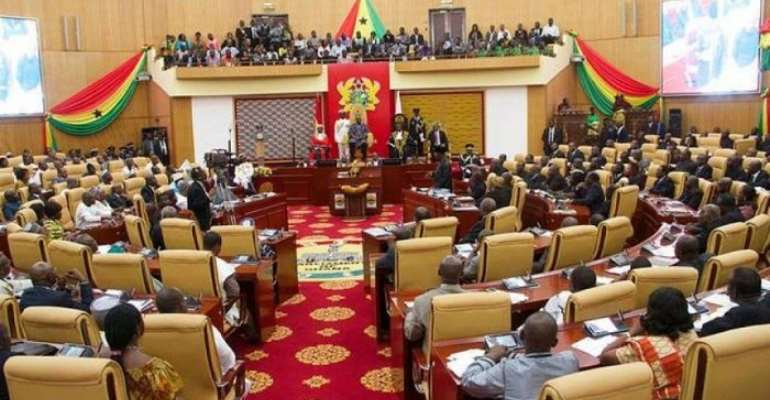 “Loyalty must arise spontaneously from the hearts of people who love their country and respect their government.” — Hugo L. Black

What shows that we love our country and respect our government? If we love our country, we will not take any decision that is detrimental to the nation. If we respect our government, we will not insult our political leaders, but will criticize them constructively. The above quotation connotes that citizenry and leaders who are not loyal, patriotic, selfless and law-abiding are promoters of political deviations.

A political deviation can be explained as anything that a politician or a government official does that is contrary to the constitution of the land (Owusu Tabiri, 2018). This write-up discusses some political deviations in Africa, particularly, in Ghana, and how to eradicate them from Africa. This piece highlights some political deviations such as paying First and Second Ladies emoluments, depending on tied aid and loans, politicians pursuing personal aggrandizement, indulging in baseless criticism and lack of long-term development agenda.

Emoluments or allowances?
According to Will Kenton (2021) who developed Investopedia's Anxiety Index and its performance marketing initiative , emolument is derived from the Latin term "emolumentum," which could mean either effort or labor, or benefit, gain, or profit, and it is considered as compensation, based on time and length of activity, for employment, services, or holding office, and is generally used in a legal context.

We salute the First Lady of the Republic of Ghana, Mrs. Rebecca Akufo-Addo for refunding an amount of GHS899,097.84 as allowances paid to her from 2017 to date as well as turning down any new salaries approved for presidential spouses by the Professor Ntiamoa-Baidu committee on emoluments for Article 71 officeholders. There is nothing wrong with paying allowances to the First Lady of the Republic of Ghana, but what may seem to be a political deviation is proposing to pay salaries to any First Lady of the land. Is this emolument or endangerment?

In other words, Mrs. Rebecca Akufo-Addo should not have refunded the allowances paid to her from 2017 to date. Where did our First Lady get this colossal amount to reimburse the state so swiftly? Are our politicians thinking people or self-seeking politicians?

Depending on tied aid and loans
Any Government that takes delight in depending on loans, particularly, from the developed countries cannot purport to be independent economically, financially and politically. Can Africans continue depending on tie aid and loans from the developed countries and claim to be truly independent? Is it categorically stipulated in the Constitution of Ghana that we should perpetually swim in loans? For example, a car is highly a depreciating asset. So why must Parliament approve the $28 million medium-term loan agreement involving the government, Members of Parliament (MPs) of the Eighth Parliament and the National Investment Bank (NIB) Limited to finance the purchase of vehicles for parliamentarians from 2021 to 2024 to secure what is a depreciating asset? Are our politicians helping Ghana? How I wish the President of the Republic could order Parliament to rescind this unpalatable decision!

If our leaders don’t take decisions that can be life-transforming, the vision of Ghana beyond aid will forever be a monumental fiasco. Does it mean that our MPs do not have vehicles? They may have a fleet of cars. Let us think about the masses.

President Akufo-Addo has been doing well in terms of managing the affairs of the country, but if he is not careful, some of these decisions that have been taken under his leadership, will make NPP government unpopular and hence making the achievements of the NPP government cos 90. Some people may say that the MPs will eventually pay back the car loan, so we must not worry so much, but is it economically prudent to buy cars on loans?

Politicians who pursue personal aggrandizement to the detriment of the masses and the needy emphasise political deviations in Africa.

Baseless criticism
It seems that all politicians are the same when it comes to criticising. Do we have politicians in Africa, who criticise their political opponents constructively and circumspectly? Can we pinpoint some politicians who simultaneously criticise and celebrate their opponents? That is to say, do we have politicians who recognise the good deeds of the government in power? For instance, did the current President of Ghana celebrate the immediate former President, when he was the opposition leader? Is the immediate former President of Ghana, celebrating the good deeds of the sitting President?

Lack of long-term development agenda
Politicians who refuse to continue development projects of the previous governments’ stresses a high political deviation in Africa.

To nip political deviations in the bud perpetually, African nations should adopt 20-50 years Development Agenda/Plan so that, no political party nor a political leader can neglect the nations’ planned agenda to pursue political-cum-partisan interests when in power (Owusu Tabiri, 2018). The purpose of adopting a long term Development Plan is to ensure all-round accelerated development as well as ensuring trans-generational development, progress, peace and prosperity in Africa.

Let us seek the peace and prosperity of Africa instead of promoting political deviations (Jeremiah 29:7).

In conclusion, to eradicate the aforementioned political deviations from Africa, all politicians and government officials in Africa must stop pursuing personal interests and become thinking people.

The writer is a lecturer at the Ghana Communication Technology University