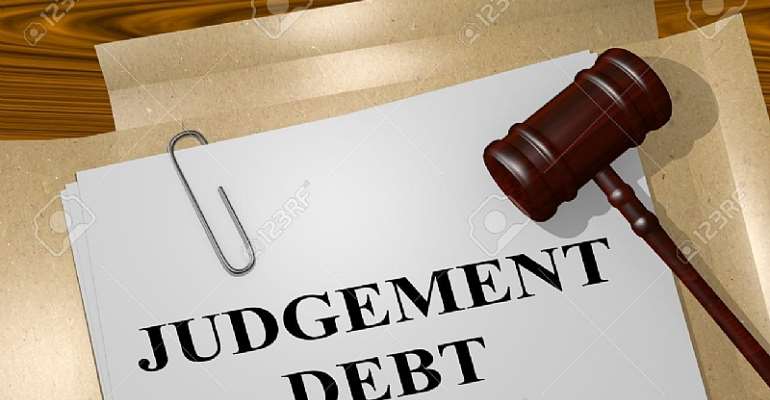 Power Purchasing Agreements (PPA) has long been a complex scheme used by the International Power Production Companies to cause a lot of money lost to most African countries.

This was the pivotal reason why in June 2013, the President of USA, Barack Obama launched a team called 'Power Africa' to look into removing the obstacles associated with PPAs for the development of power projects in Africa. The team was charged to produce report that would intend simplify and help to reduce the complexities and misconceptions that associates PPAs and to help drive the growth and development of Independent Power projects around the world, with the target to double access to electricity in Sub-Saran Africa.

Apparently, the International Power Producers first consideration for any bankable PPA is the risk that results from the extreme Political Force Majeure that commonly exist in most African countries, which are usually associated with unexpected changes in the political environment such as embargoes, riot, insurrection and blockade, terrorist actions, war, and change of power through normal general elections.

To reduce the risks on financing power production projects in Africa, the lenders tend to demand that financeable PPAs should include some stringent binding clauses that particularly protect the project financing entity and the project company, to help get their money back in an event of any form of Force Majeure, including the insistent on "Take or Pay agreement" on African countries.

These prejudiced clauses usually forced on African countries to sign are the reason why it becomes almost impossible for any African country to win any case determined at any International Arbitration Court for any Independent Power Producer (IPP), because all PPAs signed in Africa immensely favour the IPPs and the Arbitration Court also adheres strictly to the clauses agreed to as well.

This is the most important reason why the governments in Africa must exercise extreme due diligence in signing PPAs with any IPPs and use that as a ground to strike durable agreement that cements the predictability and durability to benefit the country, for the needed long term business venture. This actually becomes something else when PPA is rather signed out of desperation like the Dumsor situation Ghana happened to find itself in through 2015/16, with its many questionable PPAs signed.

We must be mindful that, taking careless decisions to sign needless PPAs, have its own financial consequences with time.

All the details about the GPGC agreement which has led to the $170 million judgement debt show that the deal was unscrupulously done to already cause financial loss to the country and must be investigated and bring some people to book.

In my honest opinion, if Ghana is a serious country that deals ruthlessly with issues, somebody should have been languishing in jail by now on this GPGC power agreement issue, even far before the issue reached any stage for judgment debts, by virtue of signing PPA with GPGC in 2015 which brought in used and overaged plant that could not in anyway meet the license requirement of Ghana Energy Commission to operate in Ghana.

Why am I alluding to this?

In June 2015, the government of Ghana and Ghana Power Generation Company (GPGC) signed the power Purchasing agreement. In July 2015, Parliament ratified the agreement. Up until January 2017, the GPGC could not obtain operating license from Energy Commission (EC) because the plant on which the PPA was secured and brought to Ghana was over 15 years old and was illegal to bring in such used and overaged equipment to generate power in Ghana per EC Plant registration regulations.

The essence is that, overaged and used power plant tend to have lower output efficiency and higher operation cost to run vis-a-vis the high electricity tariff in Ghana, therefore to avoid using Ghana as a dumping grounds for trash and old plants, the policy of Ghana Energy Commission forbids the bringing in of old and used equipment.

This issue became a tussle between the Ministry of Power and the Ghana Energy Commission for rightly refusing to issue the license.

Then following the change of government in January 2017, the Volta River Authority (VRA) informed GPGC that it had decided not to proceed with the leasing of land at Kpone to the GPGC to install their 15year old plant as it had failed to secure registration operation license from Energy Commission.

The officials who signed the PPA document with GPGC in 2015, knew they were the plant was used and overaged equipment against the rules and regulations of Energy Commission and would be denied the operating permit in Ghana and yet, were complicit. The Minister of power connivingly signed the PPA with GPGC knowing that the Commission's regulations for operating permit wouldn't allow the issuance of the license, coupled with the corporate negligence of some officials of the current administration, has led to the whopping sum of $170m Judgment Debt.

This begs the questions that, why did the NDC govt fail to obtain the EC operating license for installation of GPGC plant before they left power after parliament had already ratified the agreement, and why did the Minister of Power sign the PPA with GPGC knowing that the plant was too old to meet Ghana Energy Commission's requirements?

Why has the accomplices who signed the PPA with GPGC to bring in old equipment in the first place are not been held responsible and face possible prosecution for causing financial loss to the state? These are very important questions I believe Ghanaians would be much interested to read holistic and comprehensive answers.

Today, it is still very difficult to determine the actual country of origin of the GPGC used plant, because the plant was moved through three different countries before it finally landed in Ghana, with its immediate shipment port details as from Italy.

This is the reason why I personally support the call by Editor in Chief for New Crusading Guide Newspaper, Mr Kwaku Baako Jnr, that the Attorney General, Hon. Godfred Dame, should institute an investigation into those who are involved in the signing of the PPA for GPGC and also do same to those who terminated the contract and those who failed to act upon the court's 28 days window opened to appeal against the $170 million judgement debt that hit Ghana from UK.

What Africa governments must understand is that, in our part of the world, any Power Purchasing Agreement signed with any IPP is usually skewed to favour the Project Company as ferociously demanded by the Financing Company, therefore extra due diligence must be exercised when signing PPAs.

Reading through the report by the 18-member committee tasked to review the PPAs signed under erstwhile administration, it shows that other seventeen (17) PPAs executed by ECG till January 2017 for Renewable Energy Projects, totaling 890.5 MW, none of them were done through any competitive public bidding process and therefore recommended, in the interim, ECG not to sign any additional Renewable Energy PPAs.

This is how haphazardly Ghana's energy has been managed.

This is what Akufo-Addo and US Vice President Kamala Harris ...
42 minutes ago