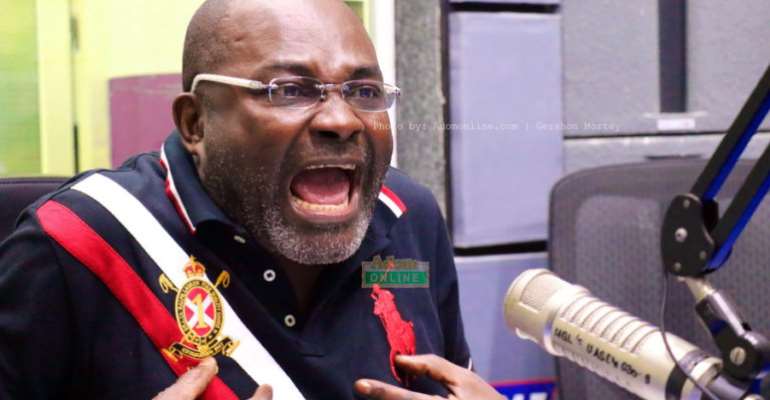 In my view, I think the attempt by Joy FM in particular, to seek punishment for Hon. Ken Agyapong in relation to his outburst against their reporter in Kumasi, whose reportage led to the death of other people in Ejura violence, would be absolutely meaningless and senseless if Joy FM fails to equally admit the wrong deliberately done by their reporter and unambiguously assure Ghanaians of an improved delivery and good journalism next time.

The journalism in Ghana needs serious improvement and they cannot continue to portray themselves as the untouchables.

I have listened to the expression of strong feeling of displeasure and belligerence aroused by the wrath of Hon. Ken Agyapong, on the matter of Joy FM journalist, who's live report on the death of Kaaka in Ejura (an alleged member of FixTheCountry campaign group), led to the fury and violence that ensued at Ejura township when he graphically reported that "Kaaka was killed by some mob of political group".

This vivid report by a supposed credible news outlet, Joy FM, subsequently infuriated some people in Ejura and decided to vent out their indignation which eventually led to the deaths of three more people in the riot and one person with leg amputated as they clashed with the Police/Military. This poor reportage by Joy FM must strongly and equally be condemned by all, before condemnation of Ken Agyapong's purported expression of anger/threat at Joy FM journalist.

We would be missing the important fundamental issue that needs correction and improvement if we fail to look at the cause of the exasperation of the Honourable Member of Parliament, rather than only concentrating on the possible effect of his outburst expressed at the poor delivery, irrespective of the fact that Mr Ken Agyapong used extreme harsh words to condemn the unprofessional reportage by Joy FM's journalist, whose live report which categorically carried a message that Kaaka was actually killed by some politicians who disagreed with him. This was totally misleading and unprofessional.

When he was also trying to condemn and advocate for some kind of punishment for Joy FM reporter for causing the outrage, violence and deaths, mistakenly turned out threatening the journalist, which to me was a genuine mistake made out of frustration of the issues, but in actual sense, the Joy FM and its reporter deserve unequivocal admonishment and possible punishment for misleading the public and the people of Ejura into anguish and violence, causing deaths. That must be condemned.

For this, Hon. Ken said he would have wished that the President would order for the reporter to be given some lashes/beatens to teach him a lesson for his bad orchestrated reportage which led to violence and deaths at Ehura.

This in my view, the Honourable member wanted to say that, he wish the President would institute some kind of punishment for the Joy FM reporter to serve as a lesson to others, so that the delivery of such falsehood and creation of bad impressions to cause anger in people would cease going forward, and get the journalism in Ghana improved.

Inasmuch as they seek to correct the purported wrong comment by Hon. Ken Agyapong in this instance, the correction of the journalist and journalism in Ghana in general must also be paramount, for the growth and development of our dear country.

Journalists in Ghana cannot portray themselves as untouchables and can continue to mislead people into violence and deaths. Perhaps, that's why Joy FM quickly decided to lodge a complaint to cover up their poor journalism to avoid the condemnations of the critical thinkers.

The Joy FM's failure to humbly admit and acknowledge the wrong done by their reporter in their complaint letters submitted to parliament, police and other organisations, makes their case very hypocritical and extremely weak.