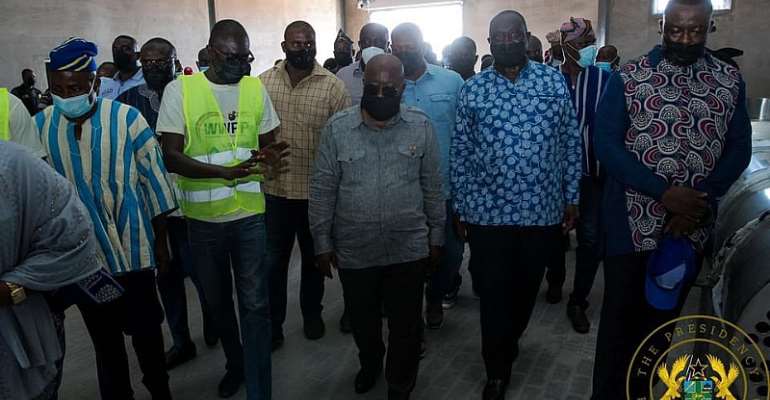 The inspection, is part of the president's two day tour of the region.

These factories, upon completion are expected to create thousands of jobs for the people of the North East Region.

The initiative touted as a true reflection of strategic government policy driving the industrialization agenda is one of the key campaign promise of the Akufo-Addo-led government in ths 2016 general elections.

According to the ministry, the two factories adds up to an already existing Seventy-Seven (77) factories operating under the 1D1F programme.

The “One District One Factory” (1D1F) initiative is a key component of the Ten (10) Point Industrial Transformational Agenda of the Government. The initiative is designed to support the establishment of at least one industrial enterprise in each of the 260 Districts. The programme is private sector-led but facilitated by Government.