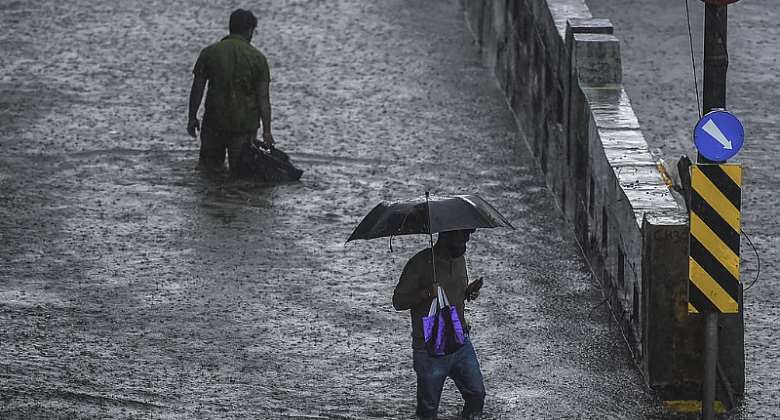 India's financial capital was bracing for more rains after monsoon downpours toppled buildings in Mumbai. The weather office has announced the start of the four-month rainy season, which is vital for the nation's economy that shrivelled under the Covid-19 pandemic.

Eight of the 11 people killed were children, the police said, adding that added heavy rains appeared to have brought down their three-storey building in Mumbai's bustling Malad district.

Seven residents were hospitalised after they were rescued from the debris of the apartment complex which toppled, police officers said.

They said the building seemed to have been weakened by a recent cyclone over Mumbai and added an investigation has been ordered.

Three other ramshackle buildings in the working class district were flagged as “dangerous” and their residents ordered to leave after Wednesday's fatal accident, the city municipality added.

Another person died when a house collapsed in the rain-lashed Mumbai suburb of Dahisar on Thursday.

The municipal authorities say they have listed 485 city buildings as dilapidated in a warning ahead of the onset of monsoon in Mumbai and identified 26 of them as state-owned property.

“Ninety percent of these buildings were declared dangerous last year itself but the occupants refuse to move out, not realising the risks involved especially during the heavy rains like now,” one municipal official said.

The two buildings which collapsed were not on the list.

The city's lifeline suburban train service was halted briefly at a busy section on Saturday after rail tracks were awash in rain water.

The weather department sounded a bad weather alert and said the western Indian city was likely to receive "very heavy rains" at least until Monday.

The June-September rainy season, crucial for farm-dependent India, was on schedule and in fact was likely to reach the food-growing states a week in advance, India's chief meteorologist Mrutyunjay Mohapatra said.

“It is likely to maintain this streak during the next few days as it may reach parts of Uttar Pradesh state way ahead of time,” Mohapatra told the Times of India newspaper.

The Indian Meteorological Department in a statement mailed to RFI forecast heavy rains will continue for the next 4-5 days in large parts of the country.

Both the state-run service and Skymet, a private meteorological agency, have agreed that India will score a hat-trick with normal monsoon this year.

Economists say copious showers will jack up farm output, refloat domestic demand and take the pressure off prices amid a deadly surge of COVID-19 infections.

The deadly virus has so far killed 370,000 people and infected 29.4 million people in India.