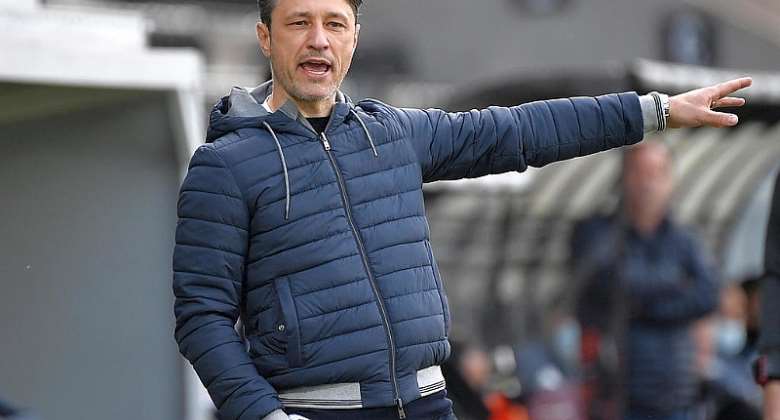 It will be highly charged for 90 minutes or so between teams who ooze capital: geographic, economic and, of course, human.

Two weeks ago, nearly four years after arriving at PSG from Barcelona for 222 million euros, Neymar extended his stay at PSG until 2025 on an annual salary of around 30 million euros.

There are talks of a new lucrative deal for the goal machine that is Kylian Mbappé. Rather more modestly but no less crucially, Germany international Julian Draxler signed a new contract on Monday to keep him at the Parc des Princes until 2024.

Within a few years, Monaco were in the Ligue 1 doldrums and going through managers like a bad run in one of the principality's myriad casinos.

Under Niko Kovac, stability and threat has returned. Wissam Ben Yedder has emerged as a potent attacking force alongside Kevin Volland. The former Arsenal, Barcelona and Chelsea playmaker Cesc Fabregas has directed operations in an impressive Xavi Hernandez tribute act.

Kovac's outfit has beaten PSG twice this season. Once in November when Thomas Tuchel held the reins and in February soon after Mauricio Pochettino had replaced the German.

Distraction
Yet both Kovac and Pochettino will have one eye on Sunday evening in Ligue 1.

Monaco require victory over Lens at the Stade Bollaert-Delelis to ensure a berth in next season's Uefa Champions League. PSG, who play at Brest, need to better Lille's result at Angers to retain the title.

Pochettino picked up his first piece of silverware in his 12-year career as a coach when PSG beat Marseille to lift the Trophée des Champions - French Super Cup - in January.

Challenge
But the former Tottenham Hotspur coach was not hired to hoist such minor domestic baubles; his is the Champions League challenge. Ligue 1 and the Coupe de France, the trinkets to glitter the route to the gold.

And yet, tribal schadenfreude notwithstanding, even the secondary and tertiary targets might prove elusive.

Kovac, like his Lille counterpart Christophe Galtier, urged his players to seize the chance in Wednesday's final to undercut PSG's monopoly on the domestic titles.

“These matches are there to help them reach the next level. They have to savour the moment so it's all good for the younger players.”

Confidence
Monaco can broach the contest at the Stade de France in good heart. Kovac's team came from 2-0 down to beat Tuchel's outfit 3-2 in November at the Stade Louis II.

In February at the Parc des Princes, they saw off Pochettino's side 2-0.

“We will be the underdogs,” Kovac added. “Paris has the pressure to win but in such clubs, you always have to win trophies. But it is not a problem for their players as they are used to playing and winning under pressure.”

When Monaco took the three points at the Parc des Princes, it was PSG's sixth league defeat of the season. Two more setbacks have left them hoping for a favour from Angers on Sunday in order to win their eighth title in nine years.

Fight
Victory in the final will give PSG a record-extending 14th title. Monaco won their fifth trophy in 1991. Their last appearance in the final in 2010 ended in a 1-0 defeat to PSG.

“Monaco haven't won anything for a few seasons so they'll be really motivated for the game," Ander Herrera said in an interview with PSG's website.

“They've got a good team. They're well organised and they've beaten us twice already this season."

The midfielder added: "We've got a lot of good players in our side and we'll have to show them a lot of respect. It will be a really tough match.”