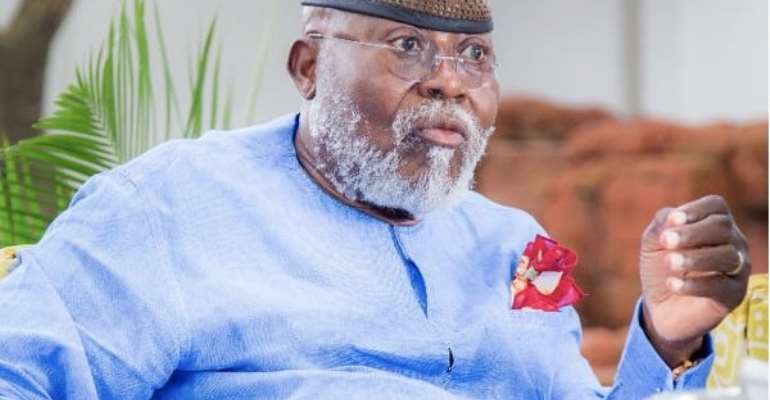 A stalwart of the New Patriotic Party (NPP), Dr Nyaho Nyaho-Tamakloe, has taken a swipe at Majority Leader Osei Kyei-Mensah-Bonsu over his recent ethnocentric comment regarding the selection of a flagbearer for the party.

He said the Majority Leader has proven, once again, that he is not a democrat.

According to Dr Nyaho-Tamakloe, the recent comment by the Minister of Parliamentary Affairs that it was high time the NPP went for a non-Akan flag bearer after having produced two Akan presidents in the fourth republic – Mr John Kufuor and Nana Akufo-Addo – cements the Suame lawmaker’s undemocratic credentials.

“Kyei-Mensah-Bonsu; I personally am not surprised about this behaviour that he has put up again”, Dr Nyaho-Tamakloe told Class91.3FM’s Blessed Sogah in an interview on Thursday, 8 April 2021, explaining: “He refused to be contested for his own constituency when he was even a Majority Leader but what he has done now has even worsened the situation”.

Dr Nyaho-Tamakloe said the lawmaker “wants the party to follow a formula that is strange to our constitution”.

“I remember years back when Peter Ala Adjetey called me that he wanted to contest for the position of presidential candidate; that is what he wants. Others have done it before.

“But if we rather try to follow what he is trying to bring about, that will completely divide the party and it will rather lead us into a sort of tribal association”, Dr Nyaho-Tamakloe warned.

He said it was dangerous for the party to let undemocratic people like the Majority Leader to be at the helm of affairs.

“Kyei-Mensah-Bonsu, as I said earlier, refused to be contested in his own constituency when he was a Majority Leader, so, that tells you that the man himself is an undemocratic person.”

“He doesn’t believe in democracy. In fact, because of his behaviour, I think a couple of NPP people who wanted to contest to get into parliament from various constituencies, did a similar thing”.

The party, Dr Nyaho-Tamakloe insisted, “should not be left in the hands of such people”, adding: “These are not democratic people”.

“They don’t believe in democracy and I’m not surprised about what is happening now. What amazes me is that Akufo-Addo, who, all along, some of us have believed in him that he is a democratic person, should have called him to order”.

“Now, look at the way President Kufuor handled this issue. Resign! Simple! Why can’t Akufo-Addo do that? Especially when they have started this sort of infighting so early. To me, if I had been in his shoes, I would have definitely resigned as a Majority Leader”.