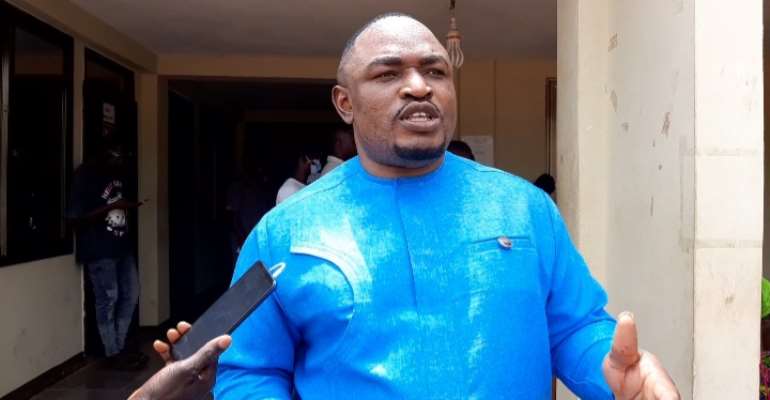 The Savannah Regional Youth Organizer of the ruling New Patriotic Party (NPP), Mr Raphael Mahama Akati wants the leadership of the party to reward its loyal youth, particularly those unemployed before the 2024 elections.

According to him, the NPP’s good performance in the Savannah Region is due to sacrifices made by the party’s youth hence the need for them to benefit from their hard work by way of appointments and employments.

Mr. Akati expressed the sentiments in a Citi News interview on the sidelines of an NPP youth forum in Damongo.

The forum which was organised by the youth wing of the party in the region was under the theme “Empowering the youth through job creation, the role of our leaders”.

The NPP won three seats out of seven in the Savannah region in 2020 which is the party’s best showing in the area since 1992.

Mr. Mahama Akati said the youth are responsible for about 90% of the party’s activities that ensured the results at the end of polls hence the need for them to be well-taken care of.

“The youth sacrificed a lot. They did 90% of the job that brought us victory, and so they must see the benefit because 2024 will be a more difficult election, and we will need them to work even harder.”

To ensure no excuses are given by leadership in helping the youth, the regional youth secretariat said it has built a database of the party’s unemployed youth.

Mr. Akati expects appointees of government to rely on the database when employment opportunities are available.

“What we expect is for leadership to use this database and help these young people with jobs and also set the artisans up,” he continued.

He said, “that is the only way we can get the youth sacrificing even more in the next elections. The era when they are told their reward is in heaven is over.”

The youth wing is also rolling out an agriculture project to finance its activities at the constituencies.

Under the project, each constituency will be assisted to cultivate ten acres of a crop of their choice and resources realized from it will be used to fund the party’s youth activities in the constituency.

Ramadan: Be mindful of COVID-19 – Bawumia advise Muslims
29 minutes ago