Enough of the discrimination in our schools against minorities 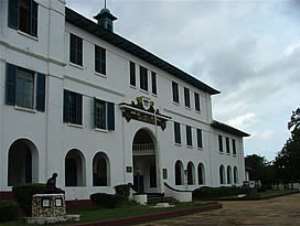 My heart bled and I became irate when school authorities of Achimota Senior High School allegedly denied two brilliant students with dreadlocks admission. The manner in which those at the helms of educational affairs discriminated against the students because of their natural hair was both nauseating and lurid.

However, for the Ghana Education Service (GES) to direct the school to admit the rastafarians is a true mark of progress to maintain order amid change and to maintain change amid order. I'm glad that GES has decided to accept the calls for change peaceably. The clarion call in the court of public opinion was clear. Another reminder of how powerful social media can be if we use it judiciously. Kudos to GES and every right thinking Ghanaian who added a voice to this chorus for change.

There's no denying the fact that, in Ghana, young girls, especially those in public Senior High Schools (SHS) are not allowed to braid their hair. This practice has gone on for years such that students who have braided their hair since infancy have to cut their long hair just before they enter SHS. Much as education authorities might have a reason for insisting on this practice, my point is that many adults do not realise how traumatising it is for girls to cut their long braided hair. What is actually wrong with dreadlocks? For all you know the people finding GES directive problematic are wearing old Brazilian woman's hair yet find nothing wrong with that. Remnants of colonialism, indeed.

If there has been a directive by GES to normalize the admission of youngsters of school going age who are rastafarians into second cycle institutions, we should also begin the process of normalizing the conversation of allowing girls who want to keep their hair in Senior High Schools to freely do so without prejudice. They shouldn’t be bulldozed into trimming their hair if they don’t want to. This is even just the least of the worries because some are punished and got scissors in their hair eventually.

But it’s absurd, and absolutely unfortunate for GES to rescind its directive to the headmistress of the Achimota School to admit the two first year students with dreadlocks. Where from this U-Turn out of the blue? This a clear example of weak institutions. A good educational management team will not issue directive to school on such a sensitive matter before meeting the school’s management. Under normal conditions, they should have met with the parties involved in this matter before issuing any directive.

In view of this, we possibly need to have a conversation about allowing young ladies grow their hair naturally on campus. Bringing an end to the era of pushing scissors into their hair for being overgrown. I have heard many arguments that have been raised to justify the action. They should forget the mentality that it'll prevent them from engaging in meaningful academic pursuits. The bottom line is that dreadlocks (having one's hair grown naturally) is not criminal and must not be used to discriminate any person, especially here in Africa. Any contrary view is born out of colonialism. Rules such as braiding hair in cornrow to the back or keeping it in a tight bun could be introduced and enforced so that there will be uniformity and decency.

Undoubtedly, Muslims secured victory to allow their women wear Hijab on campus years ago. However, there still exists certain educational institutions that treat these young girls as if they're not part of Ghana.

They should allow Muslim girls to wear their Hijab and stop forcing them to be at church services. What kind of bias is this? Why is no one screaming about that too? I remember how Muslims were forced to be at church services and how they’re punished when they refused to be there. Isn’t it also part of our culture as Ghanaians? Isn’t it a group of people’s religious beliefs too? Ah!

It's unacceptable and definitely demands the same energy. If a school that is supposed to be the bastion of enlightenment fails to demonstrate enlightened decision-making, then we're doomed. But, here's a good step and a win for a society that is worth commending. What's education if it's not inclusive, encouraging and reason-oriented rather than focusing on the needless? I believe that, we shall surely overcome this so that our children will not experience similar situation in the not so distant future. Let's move ahead in unison and synergy as a nation, and continue to thrive to be better.