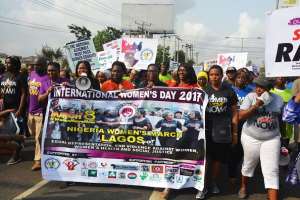 The unequal status of women persists, despite various waves of feminist activism around the world for centuries. One major gain of feminists, however, is the rate at which their views have spread and how far their influence now reaches.

But there's a gap in knowledge of how feminism has developed – in practice and as an academic subject – in countries like Nigeria. Specifically, little has been done to trace the contributions of local writers, thinkers and activists to feminism.

In our paper we set out to fill this gap.

In our research, we traced the impact of this approach to knowledge production in some Nigerian universities. We analysed the development of debates about women and gender studies, the steps that were taken to develop centres of research, and their relevance.

We concluded that feminism, as currently taught in Nigeria, shouldn't be viewed as an international prescription from the West to the rest of the world. Rather, the work of the last decades shows that feminism has different forms. It deals with different issues and adopts different strategies according to the context in which it operates.

Nigerian and generally African feminism can be classified into three periods – pre-colonial, colonial and post-colonial .

Women were active participants in the precolonial development of Africa. One example was Yaa Asantewa of Gold Coast (now Ghana), who was famous for her role in leading the Ashante army – made up of men – to defeat the British army.

Later, women became actively involved in the fight against colonialism. Among such women were Nigeria's Funmilayo Kuti and South Africa's Abertina Sisulu and Lilian Ngoyi .

In the post-colonial period, feminism in Africa became characterised by the fight against male domination and inequality. It used the tools of advocacy, lobbying and activism. In particular, feminism in Africa sprang up during the landmark United Nations decade for women between 1975 and 1985 .

The declaration was a catalyst for developing Nigeria's interest in women's studies. It also sowed the seeds of women's activism in the politically active city of Ibadan, and at the University of Ibadan.

In 1985, the Institute of African Studies at the University of Ibadan organised a conference on “Rural Women and Agriculture” to mark the UN Decade . It highlighted the need to establish a research bureau and data bank to draw together existing work and encourage further research on women's issues.

The next year, the university set up a Women's Research and Documentation Centre. This was a pioneering effort for the systematic collection of materials on women's studies.

It was to trigger a number of developments. These included the creation of an office to drive the development of a gender policy at the university and the establishment of a Gender Studies Programme to run academic postgraduate programmes.

The centre also served as a rallying point for other international women's studies centres and related women's organisations.

The association was the medium for the expansion of knowledge on feminism in Nigeria and Africa in general. It was the first institution established on the continent by African women to produce research on African women and development.

Two women were among the first academics to study the status of Nigerian women. They were Adetoun Ogunsheye, a founding member of the National Council of Women's Society, and Bolanle Awe, the first female director of the Institute of African Studies and pioneer of feminist writing in Nigeria. Theirs was the first research into the lives of women in Nigeria.

Ogunsheye's work focused on the role and status of women in Nigeria (1960) while Awe studied the Iyalode in the traditional Yoruba political system (1977). These works helped reveal the situation of women and advance feminist writing in Nigeria.

The next decades saw a dramatic growth in feminist research and studies. In 1997 the Centre for Gender and Social Policy Studies was established at Obafemi Awolowo University. Focusing on women's sexual and reproductive health, the centre's activities include teaching, research and training as well as outreach programmes.

Other universities have also adopted and established women's studies centres.

More recently, the Institute of Women, Gender and Development in the Federal University of Technology, Owerri was set up as an academic research centre in 2010.

Why this history is important

It is important to note that feminism is not foreign to African cultures. Transnational feminism has only helped Africa, and Nigeria in particular, to infuse feminist culture into academia, giving African women more space and voice in academic work. The trajectory of how feminism and gender studies gained a foothold in Nigeria is important to trace. Gender studies is a catalyst for the empowerment of women. It has increased awareness of patriarchy in Nigeria, and resistance to it. And this is a significant change.

Abena Asefuaba Yalley does not work for, consult, own shares in or receive funding from any company or organization that would benefit from this article, and has disclosed no relevant affiliations beyond their academic appointment.